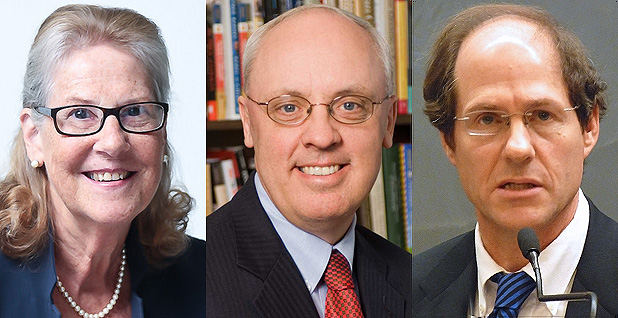 Despite his stated commitment to make regulatory reform a top priority, President Trump has yet to announce his pick to lead the White House’s regulatory office.

The Office of Management and Budget’s Office of Information and Regulatory Affairs is tasked with reviewing agency actions, acting as the gatekeeper for the most impactful government policies.

Trump’s pick of Rep. Mick Mulvaney (R-S.C.) to lead OMB is a strong indication that budget and rule cutting will be a priority. But people familiar with OIRA say any delay in picking its leader could affect the new administration’s regulatory strategy and implementation.

The office launched during the early 1980s following the Paperwork Reduction Act and has historically worked to balance the president’s political interests with science.

"It can be run as a tool of political goals, a servant to political will," he said. "Or alternatively, it can be run as an honest broker that’s committed to determining what science and economics and our understanding of the world tell us about the costs and the benefits of various regulatory interventions."

Greenstone said the administrator plays a crucial role in setting the tone for the office’s agenda and balancing competing interests.

"In the absence of an administrator, it’s more likely that political objectives from the White House will guide decisionmaking," he said.

"You have to be mindful of the politics, but that’s not what drives the recommendations of the office," said King, noting that career workers populate OIRA.

"Whether that’s important or not depends on what issues come up during the time we’re waiting for an administrator," Shapiro said.

Many observers have voiced concern that Trump has not named his pick. "I’m surprised they haven’t identified a candidate given they are making statements about regulation being a top priority," King said.

James Goodwin, senior policy analyst with the Center for Progressive Reform, said it’s possible Trump is waiting for the Senate to confirm Mulvaney.

"I would expect the OIRA Administrator announcement soon, especially if Mulvaney clears through this week, assuming that whole nanny tax scandal doesn’t derail his nomination altogether," Goodwin wrote in an email.

"Because they have not identified an OIRA administrator, Mulvaney’s owning the regulatory conversation right now," King said.

While Trump has not publicly announced his pick to head OIRA, it’s possible the decision has been made behind the scenes. Delays are not uncommon.

Likewise, Obama’s pick to lead the office, economist Cass Sunstein, was not announced until April 2009. Sunstein was confirmed that September.

But Susan Dudley, who oversaw executive branch regulations as OIRA administrator under Bush from 2007 to 2009, said the office will be particularly important in the incoming administration and is likely to play a major role in the president’s regulatory reform agenda.

"The [president] has promised big changes in regulation (including to eliminate 2 rules for every new rule issued)," she wrote in an email. "To make good on those promises in a way that benefits Americans, he’ll need the expertise the career staff at OIRA bring to regulatory policy and analysis, and to administrative procedure."

Dudley said one option for Trump is to increase the office’s staff to accomplish these goals, though that is unlikely given his recent federal hiring freeze (Greenwire, Jan. 23).

Trump’s exact plans remain in the works. While the websites Reginfo.gov and Regulations.gov are still up and running, the White House’s webpage describing OIRA and the executive orders that power it is no longer up.

"Could be nothing. But it’s not clear why they would eliminate those OIRA pages unless they are planning something big soon. What could they be planning?" Goodwin said.

He added: "I would expect OIRA’s role to be a little different in the Trump administration. After all, Trump has nominated several individuals to run agencies who are clearly hostile to those agencies’ statutory missions."

Shapiro agreed that OIRA’s role will be determined by how agencies choose to operate. "If they try to issue a significant number of regulations, then OIRA will act as something of a break on those," he said.

"It’s a lot of work," he said. "It’s going to take a similar amount of time to get rid of rules, and that’s before you get sued."

He added that the Clean Power Plan would be particularly time-consuming to repeal, as it’s "a massively complicated rule."

Another is a 2011 Obama order, E.O. 13563, titled "Improving Regulation and Regulatory Review," that reaffirmed and supplemented Clinton’s order.

Goodwin said it is entirely possible that both orders are tossed out under President Trump and possibly replaced with the real estate mogul’s controversial one-in, two-out plan (Greenwire, Nov. 11, 2016).

"The president is not going to be engaged in every decision, but they send a message for how they want things to be done," Greenstone said. "OIRA drives within those lanes, wherever they’re set."

"And wishing that trade-off didn’t exist, does not make it so," Greenstone said. "To ignore the benefits of regulations will come at the expense of a worse environment that leads to shorter and sicker lives."