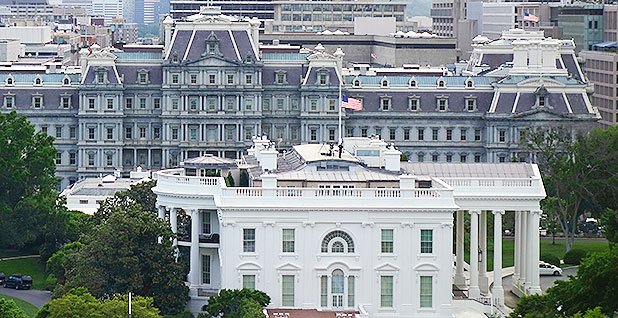 "Oil," as defined by the Clean Water Act, includes petroleum and edible substances. Because of milk’s butter fat content, EPA in 1973 included it in the rule mandating a host of safety measures.

"In the scheme of things, that’s kind of a minor rule," Wayne Crews, vice president of policy at the conservative Competitive Enterprise Institute, said about the spilled milk brouhaha. "But it’s an example of a little bit too much enthusiasm in the agencies."

But critics say the former president’s team was more interested in promulgating new rules than killing old ones. Now, with a Republican-controlled Congress and White House, reform advocates want to test plans that have been gathering dust inside think tank filing cabinets.

President Trump has already established a regulatory budget through executive order. Much like a fiscal blueprint, it creates a spending cap for rules. It’s an idea that has been around for three decades (E&E Daily, Jan. 31).

"If OIRA agrees with the regulated firm’s characterization of the rule as obsolete or unduly burdensome, OIRA should direct the agency responsible for the rule to begin the process of rescinding or amending the rule."

Ellig, who sat to Pierce’s left during the Hill briefing, said that in light of his physical position, he would counter with a left-leaning policy position.

"I don’t trust corporations to identify regulations not working in all cases," Ellig said.

"We’re trying to urge a middle ground here," he said.

The legislation would require rules to spell out their purpose and ways to measure progress. The lawmakers, ranking member and chairman of the Homeland Security and Governmental Affairs Subcommittee on Regulatory Affairs and Federal Management, say such steps don’t often happen now.

A 2014 study from George Washington University’s Regulatory Studies Center found that 36 percent of a sample of 22 high-priority proposed rules included quantifiable metrics to measure whether they were meeting goals.

Crews floated the idea of codifying Obama’s executive orders on review. "Something like that might be one of the touchstones where something happens this year," he said.