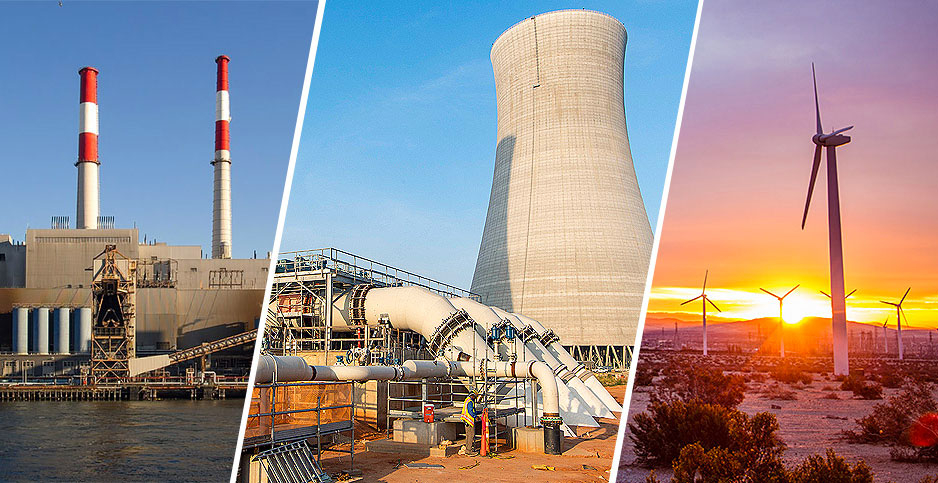 Replacing the U.S. grid’s fossil fuel foundation with clean energy in three decades will require societal transformations on an equally daunting scale, a new report by an Australian energy and engineering company concludes.

“[I]t won’t be enough to incrementally improve traditional infrastructure delivery processes: we need to change the processes themselves," the report by Worley Ltd. says. "Businesses and governments need to find solutions to address every area of the process. Unless timelines are dramatically compressed and projects are kicked off sooner, we will fail."

Worley based its findings on a 345-page investigation of the U.S. clean energy challenge, "Net-Zero America," issued by Princeton University researchers in December 2020.

To get on a path toward President Biden’s goal of a zero-carbon economy in 2050, the U.S. would have to invest at least $2.5 trillion in clean energy in the next decade, the Princeton report said, increasing wind and solar electricity generation capacity fourfold while getting 50 million electric vehicles on the road.

“We must imagine a transformed way of living which sustains the environment and human lifestyles. We must imagine the many technologies, techniques and resources we can bring to bear," Worley CEO Chris Ashton stated in the latest report. "We must imagine the ways all this can be done within our social expectations."

The new focus on the Princeton report arrives as Senate negotiators released details Sunday of a bipartisan infrastructure bill with $550 billion in new spending targets over five years, most of it for traditional construction projects, not transformational energy spending (Energywire, July 30).

While scientists and engineers have charted paths to pursue next generation storage batteries, build offshore wind farms and new nuclear reactor designs, progressive lawmakers have acknowledged there is still no road map for getting Congress to deal with the climate challenge (Climatewire, July 29). 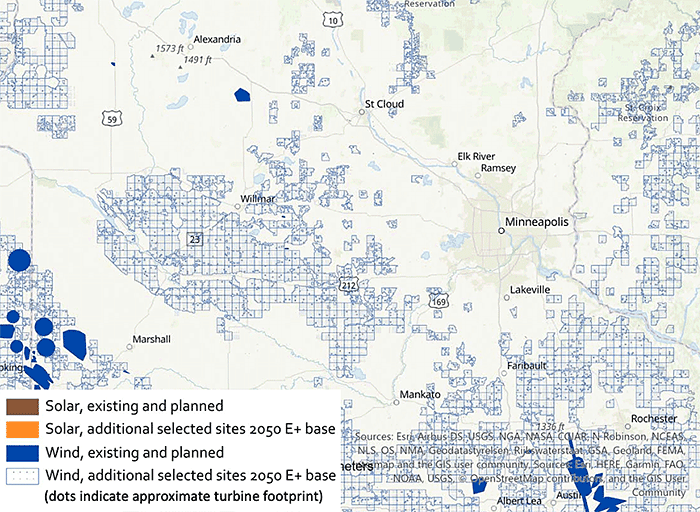 Worley, a global engineering services firm with $8.3 billion in revenue in fiscal 2020, has begun to pivot its operations from oil and gas to sustainable energy.

“The reality is, if we develop energy infrastructure the way we always have, we won’t get to net-zero by 2050 — not even close. We need imaginative solutions that are aggressively adaptive — and we need them now,” said Clare Anderson, who heads Worley’s sustainability group.

To dramatize the challenge, the report cites how many new solar installations the U.S. would need under one of the Princeton “middle-of-the-road” scenarios. Two new 400-megawatt solar farms, each roughly the size of 130 Tokyo Olympic stadiums, would have to be built every week for the next 30 years.

It noted one recent U.S. project half that size took roughly 3½ years to build.

Worley, whose clients include oil and gas multinational companies and Middle East national oil companies, states the need for natural gas with carbon capture and sequestration as a source of ready backup for renewables.

The Worley report contrasts two of five potential development scenarios in the Princeton report. One includes large-scale investment in new nuclear power plants and gas with carbon capture and storage, or CCS. Renewables are constrained to current construction rates. In the second case, only renewable energy is permitted; there is no CCS, and no new nuclear plants are built.

Worley noted that under a renewables-only scenario, the amount of onshore wind and solar that would have to be built between 2041 and 2050 would be more than 10 times the lower “constrained” renewables scenario.

Worley is a major service provider for liquefied natural gas plants. It supports Chevron Australia’s Gorgon CO2 injection project, which intends to sequester 400 million tons of CO2 every year into an underground reservoir off Western Australia’s coast, reducing carbon emissions from the Gorgon LNG plant by 40%.

“All new nuclear and CCS facilities need to be in planning stages by 2030 if they’re to be operational by 2050. For more flexible timelines, creative solutions can shorten the process,” the report said.

“We could repurpose and repower existing sites where possible, retrofitting eligible power plants and industrial facilities with CCS solutions. And multiple projects could share pipelines and storage hubs,” it added.

In calling for transformational changes in investment and policy, the Worley report suggests this could be done without heavy government direction, relying on financial incentives and private sector initiatives.

“We need to make it more attractive to invest in low-carbon energy than high-carbon energy,” the report said.

The report comes down in the middle on one of the critical obstacles to major new energy projects —citizen opposition. On one hand, it says regulatory approvals must be accelerated.

On the other, it advocates strong outreach to communities affected by new energy projects. “We need to involve people who’ll be impacted by the infrastructure or transition in the process," it said. "We can encourage communities to engage with projects and empower their participation in the change.”

Faster regulatory action must be transparent, “so that people keep trusting in governance processes,” the report said.