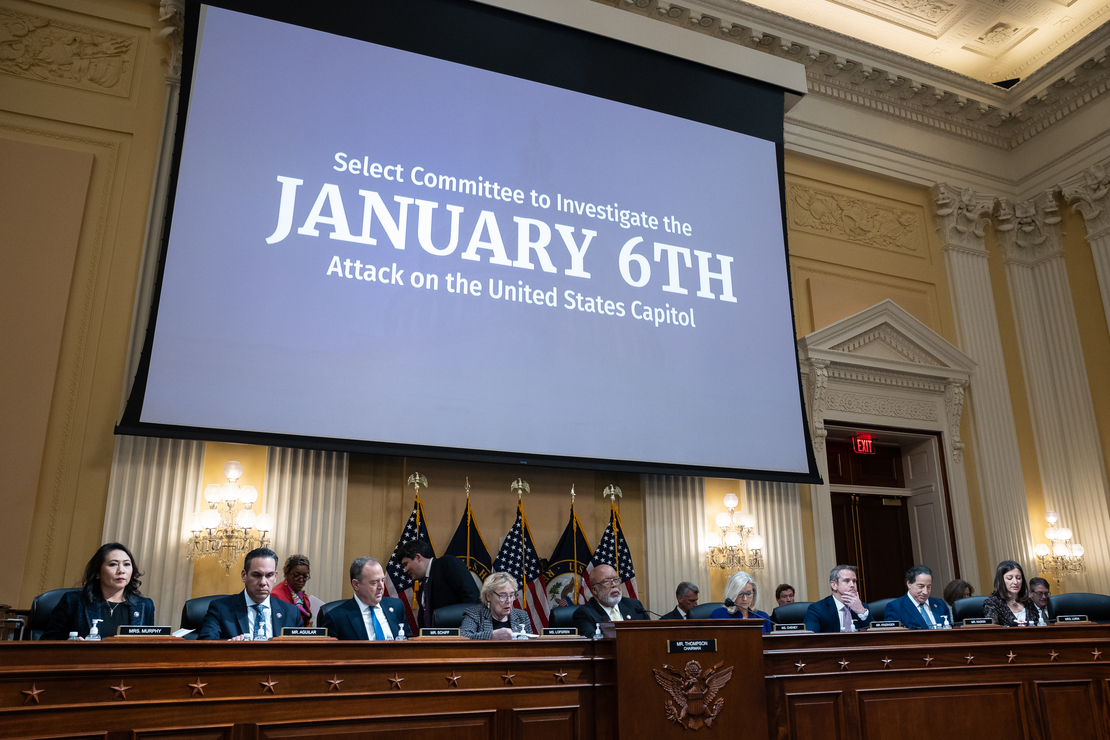 Former Trump environmental attorney Jeffrey Bossert Clark played a central role in a “conspiracy” to obstruct the certification of the 2020 presidential election, according to findings released Monday by a congressional committee investigating the Jan. 6, 2021, attack on the U.S. Capitol.

The House select committee investigating the Jan. 6 attack voted Monday to formally refer former President Donald Trump and others to the Justice Department for criminal prosecution based on their attempts to contest the certification of Joe Biden’s presidential victory. It was not yet clear whether Clark would be among those referred for criminal prosecution.

In its final public meeting, the committee voted to adopt a report detailing its months of investigations into the actions of the former president and his allies surrounding the attack and efforts to overturn the election results. The committee released a lengthy introduction to their final report, but the full document is not expected to be made public until later this week.

Clark, the former head of the Justice Department’s environment division under Trump, has been a key figure in the committee’s investigation and appears prominently in the report.

“Donald Trump sought to corrupt the U.S. Department of Justice by attempting to enlist Department officials to make purposely false statements and thereby aid his effort to overturn the Presidential election,” according to the report’s introduction.

“After that effort failed, Donald Trump offered the position of Acting Attorney General to Jeff Clark knowing that Clark intended to disseminate false information aimed at overturning the election,” it says.

The committee wrote that it believes “sufficient evidence exists for a criminal referral of President Trump and others” under a law forbidding conspiracy to defraud the United States. The committee’s referral does not obligate any action from the Justice Department.

Trump, the report says, “entered into an agreement with individuals to obstruct a lawful function of the government (the certification of the election).”

Clark, the report continues, “stands out as a participant in the conspiracy, as the evidence suggests that Clark entered into an agreement with President Trump that if appointed Acting Attorney General, he would send a letter to State officials falsely stating that the Department of Justice believed that State legislatures had a sufficient factual basis to convene to select new electors.”

The committee voted last year to hold Clark in contempt after he refused to cooperate with their investigation (E&E Daily, Dec. 2, 2021). Federal law enforcement officials also searched Clark’s home (E&E News PM, June 23). On Twitter, Clark has referred to the committee’s process as “a 3rd impeachment using a process where there are no defense lawyers for Trump, no witnesses for him, and no cross-examination.”

The Monday meeting and the report largely rehashed the extensive set of allegations the committee has laid out over months of hearings.

“Mr. Clark intended to send the letter to officials in numerous states, informing them — falsely, of course — that the department had identified significant concerns about the election results in their state and encouraging their state legislatures to come into special session to consider appointing Trump rather than Biden electors,” Rep. Adam Kinzinger (R-Ill.) said at the meeting.

When other DOJ officials objected to the plan, Trump offered to appoint Clark as acting attorney general in order to carry out the scheme.

“Numerous White House and Department of Justice lawyers all threatened to resign if Mr. Clark was appointed. Donald Trump would be leading a graveyard,” Kinzinger said. “It was only after the threat of mass resignations that President Trump rescinded his offer to Mr. Clark.”

DOJ did not respond to a request for comment on the findings and referrals, and attempts to contact Clark were unsuccessful.