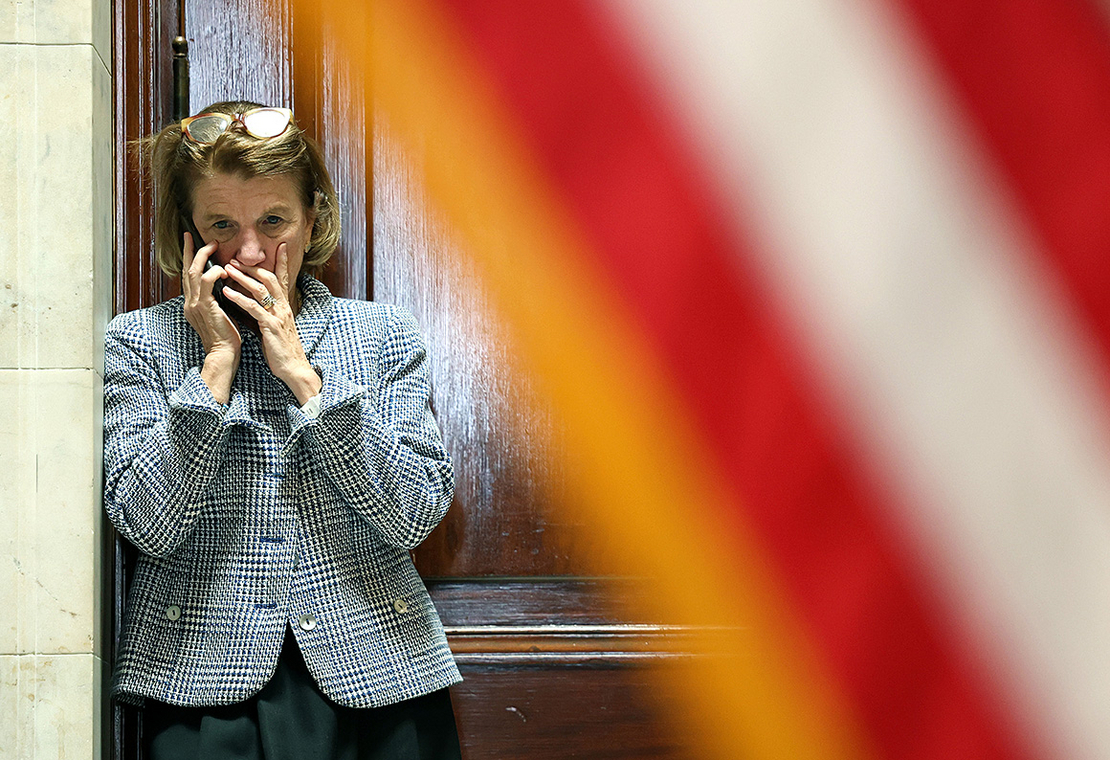 Months earlier, when the West Virginia Republican tried negotiating a bipartisan infrastructure deal with Biden, electric vehicles became one of the disagreements that almost tanked the whole endeavor. To win GOP support, Democrats eventually agreed to cut out billions of dollars for charging stations (Climatewire, July 29, 2021).

But now, under government spending legislation that Biden will sign today, West Virginia University will see an extra $1 million to develop an “electric vehicle associate’s degree” — an earmark that was, congressional records show, sought by Capito, ranking member of the Environment and Public Works Committee.

The return of earmarks has offered Republicans a way to steer money toward climate projects back in their home states without publicly supporting Democrats’ climate agenda or risking conservative blowback. Indeed, many of the GOP’s climate-linked projects have a clear connection to local politics.

For instance, Toyota Motor Corp. is expanding its production of electric vehicle parts made in Buffalo, W.Va. — creating demand for workers trained to manufacture electric vehicles.

“I am thrilled to see this money heading directly to West Virginia,” Capito said in a statement after the appropriations omnibus passed last week. Democrats have reinstated earmarks after Republicans ended them a decade ago.

“I respect this new process, and worked with the Appropriations Committee to ensure transparency and accountability in my requests on behalf of West Virginians,” she said. “This funding is heading to schools, universities, hospitals, and towns to improve broadband, spur economic development, expand infrastructure — especially water and wastewater infrastructure — and keep our communities safe.”

Climate hawks have long hoped the Republican Party might warm to decarbonization due to simple self-interest, as the potential benefits of clean energy stack up against the costs of business as usual. That hasn’t happened. But this year’s Republican earmark requests do suggest that lawmakers see climate opportunities in their states.

The government funding package directs $2.5 million to the Makushin Geothermal Project, a 36 megawatt power plant that would replace diesel generation in Unalaska, the main population center in Alaska’s Aleutian Islands. The package also includes $100,000 for a biomass reactor for Kivalina, a village that is trying to relocate due to encroaching sea-level rise.

It also includes more than $1 million for Alaskan heat pumps and a municipal heat recovery system, as well as $2 million for an “EV ferry pilot program” — one of the programs Murkowski won in the bipartisan infrastructure deal.

Maine Sen. Susan Collins, one of the other Republicans most dovish toward climate policy, also steered funding toward her home state’s forestry sector in the name of climate.

Collins got $10 million for green engineering and materials research at the University of Maine, which is creating a “factory of the future” that will research using wood products to sequester more carbon. (Collins’ office said the university can get another $25 million from defense appropriations.)

With Sen. Angus King (I-Maine), Collins also locked down $2 million for research and demonstration projects using cross-laminated timber, a construction method that could boost the amount of wood used in buildings.

Sen. Bill Cassidy (R-La.) got money for carbon capture. With his earmark, the Louisiana Department of Natural Resources would get $9 million to study the feasibility of an amine-based carbon capture and sequestration system in Baton Rouge.

Other Republican-led earmarks suggested a concern with climate impacts.

Rep. Adam Kinzinger (R-Ill.) got $660,000 for research on climate change’s threat to agriculture. With his earmark, Northern Illinois University will partner local farmers with the school’s meteorologists and climate scientists to improve forecasting, investigate adaptation strategies such as crop choice and make recommendations for policymakers.

And in Mississippi, Republican Sens. Roger Wicker and Cindy Hyde-Smith got $2 million for research into infrasonic monitoring. The money, they said, would improve detection of “violent weather.”