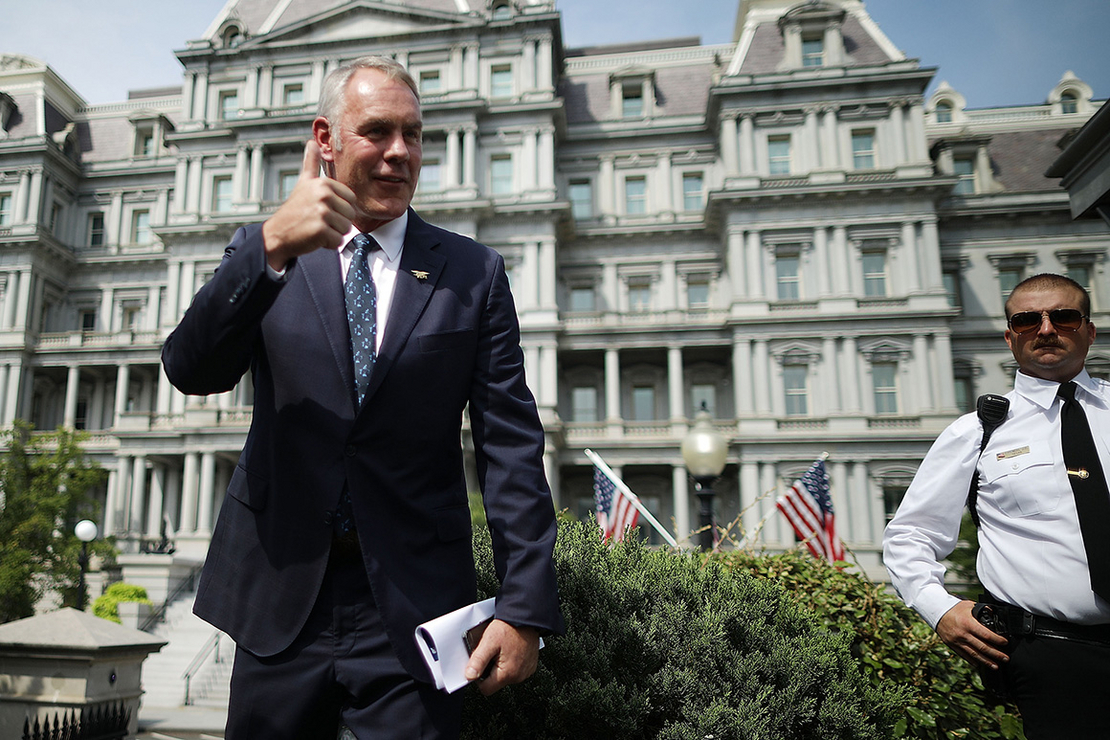 Ryan Zinke’s ties to the fossil fuel industry are coming under increasing scrutiny as the former Interior secretary attempts to win a House seat.

In his bid to represent Montana’s newly created 1st District, the Republican has brought in more than $90,000 in campaign contributions from employees and political action committees of oil and gas companies, according to an OpenSecret analysis.

That total, which doesn’t include first-quarter disclosures that were filed this month, is more than any other nonincumbent congressional candidate, the organization found.

Meanwhile, Monica Tranel, one of the Democrats vying to run against Zinke in the November election, is aiming to make Zinke’s industry connections a pocketbook issue for voters amid historically high fuel prices.

She sent an open letter this month to ConocoPhillips Co. CEO Ryan Lance, asking the company to stop paying Zinke, citing the $460,000 in consulting fees the candidate received over two years and disclosed last year as part of his campaign.

“I believe that the minimal effort Conoco/Phillips should take to have any credibility here in Montana, your home state, is to cut off the financial spigot to Ryan Zinke and discontinue the lucrative contracts you have provided him,” she wrote, calling it “tiny ‘belt-tightening’” that “will at least be symbolic to Montanans who are going through belt-tightening of their own.”

Zinke spokesperson Heather Swift responded on Twitter, saying he “gave up his board seat months ago to focus on the campaign,” though she later told E&E News she meant to say that he had given up his consulting work.

A spokesperson for ConocoPhillips said in an email that Zinke had never served on the board but did not say what issue Zinke had been advising on. The company noted he had not been consulting with the company for a few months.

Zinke, a former Navy SEAL and House member, led an aggressively pro-fossil-fuel agenda during his time atop the Interior Department from 2017 to 2019. He rolled back environmental protections like methane rules for oil and gas drilling and species protections, pushed to expand drilling on federal land — both onshore and offshore — and undid a pause on new coal mining leases on federal land, among other actions.

He’s made that record a central part of his campaign.

“When I came in as secretary, our energy picture in this country was 8.3 million barrels a day and declining,” he said in an interview this month with the “KGEZ Good Morning Show,” a Montana radio program.

“In two years we were 12.5 million barrels, the largest energy producer across the board — including wind. And it makes a difference, because you’re not being held hostage, nor do you have to send troops overseas to fight for someone else’s energy.”

He brought in $1.1 million to his campaign in the first quarter of the year, far ahead of his closest primary rival, former state Sen. Al Olszewski, who raised $265,000. Cora Neumann, the top Democrat, brought in $400,000.

Most of those companies were affected by Zinke’s Interior decisions, along with the decisions he could make as a member of Congress

Zinke was in Washington, D.C., yesterday. He was spotted entering the Capitol Hill Club, a private Republican club, shortly before House GOP members gathered there for a regular meeting. Swift said Zinke was in town for meetings.

Whitney Tawney, executive director of Montana Conservation Voters, said Zinke’s connections show where his loyalties would lie if elected. MCV regularly backs Democrats in congressional elections, though in 2008 the group did endorse Zinke for a state Senate seat.

“As Montanans are paying record prices at the gas pump, Ryan Zinke and his oil and gas buddies are making millions in profits,” she said. “Just like when he was Interior secretary, Zinke is focused on lining his own pockets instead of transitioning faster to clean energy, proving yet again he’s not looking out for us or future generations.”

Swift, Zinke’s spokesperson, declined to make him available for an interview. Asked about his energy industry ties, she said, “Ryan Zinke will never apologize for making America energy independent.”

Industry connections aren’t the only issue Zinke’s opponents are using against him. A report from Interior’s Office of Inspector General in February concluded that during his time as secretary, Zinke didn’t abide by ethics standards stemming from his involvement in a development project in Montana and wasn’t honest with agency ethics officials about the issue (Greenwire, Feb. 16).

Zinke has brushed off the finding and used it to compare himself to former President Donald Trump, who has endorsed him in the race.

“It took them three years, 34 pages, to have a report that was rejected by the DOJ. And it was about a free children’s and family sledding park that I’m the only donor,” he said in an interview with Montana radio station KGVO, referring to the Justice Department’s decision not to prosecute him.