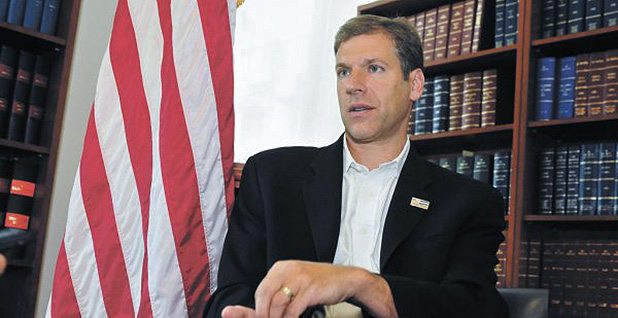 Clean energy expert Daniel Kammen is resigning as science envoy at the State Department because of the Trump administration’s actions on the Paris climate agreement and comments about white supremacists.

Kammen, currently a professor at University of California, Berkeley, was appointed as one of several science envoys last year to focus on renewable energy development and energy innovation in the Middle East and Africa. In a letter to President Trump, Kammen said he could no longer serve because of Trump’s "attacks on core values of the United States."

"Particularly troubling to me is how your response to Charlottesville is consistent with a broader pattern of behavior," Kammen wrote, referring to Trump’s "failure to condemn white supremacists" after a rally this month.

"Examples of this destructive pattern have consequences on my duties as science envoy. Your decision to abdicate the leadership opportunities and the job creation benefits of the Paris climate accord, and to undermine energy and environmental research are not acceptable to me," he added in the letter.

The missive includes an acrostic spelling "IMPEACH" with the first capitals in each paragraph.

State Department spokeswoman Julia Mason said in a statement that Kammen made a "personal decision to resign."

"We appreciate his dedicated service to U.S. scientific diplomacy during his appointment working on energy efficiency and renewable energy in Africa as a Science Envoy," Mason said.

Kammen’s action follows the departure of State’s top science adviser, Vaughan Turekian, last month. Advocates said at the time they were concerned that position would not be replaced because of reorganization under Secretary of State Rex Tillerson (E&E News PM, July 21).

"The State Department is currently undergoing an employee-led redesign initiative and there are no predetermined outcomes. During this process, we are committed to ensuring the department has access to the best science and technology to ensure we are addressing such issues in the most effective and efficient way possible," State said in an earlier statement about Turekian.

Science envoys are appointed for temporary terms "to forge connections and identify opportunities for sustained international cooperation," according to State.

When tapped last year, Kammen told E&E News he would use the appointment to help countries decarbonize their grids and deploy solar power (Climatewire, February 29, 2016).

Kammen advised President Obama during the 2008 presidential campaign and served as the World Bank’s renewable energy chief. In 2010, he was appointed the first Environment and Climate Partnership of the Americas fellow by then-Secretary of State Hillary Clinton.

Kammen’s departure follows the unraveling of two of Trump’s business councils after several CEOs said they would resign in the wake of Charlottesville.

Trump tweeted at the time "Rather than putting pressure on the businesspeople of the Manufacturing Council & Strategy & Policy Forum, I am ending both. Thank you all!"