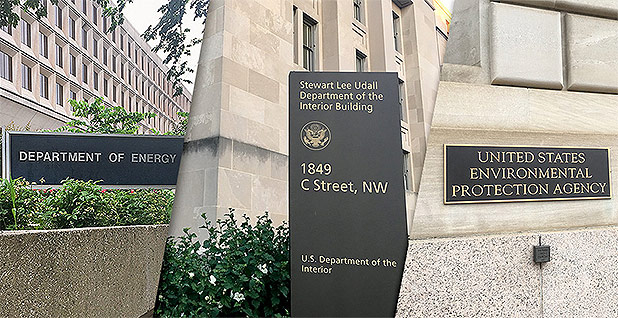 Overall, 50 percent of scientists questioned on average across 16 agencies — also including the Department of Energy and the Department of Agriculture — agreed this year that "consideration of political interests" hindered science-based decisions, said the analysis from the Union of Concerned Scientists and Iowa State University’s Center for Survey Statistics and Methodology.

Scientists at the National Park Service were most likely to report censorship related to global warming. "We’ve been told to avoid using words like climate change in internal project proposals and cooperative agreements," one NPS worker said.

During the 2016 campaign, he suggested the agency should be abolished. Since taking office, his administration has twice sought to slash EPA’s budget by double-digit percentages, although Congress has so far refused to go along.

The Union of Concerned Scientists is the lead plaintiff in one of three lawsuits now challenging Pruitt’s policy. Records released in another suit show Pruitt’s team relied heavily on input from Republican lawmakers in devising the ban.

Even more contested has been Pruitt’s proposal this spring to limit the types of scientific studies the agency can use in crafting new regulations to those for which the underlying data "are publicly available in a manner sufficient for independent validation," according to the text of the draft rule.

Asked about a finding that fewer than 35 percent of EPA respondents agree or strongly agree that the agency adheres to its scientific integrity policy, an EPA spokeswoman said in an email that the agency has one of the federal government’s most robust training programs in that area, accompanied by regular improvements "to make it even stronger.”

It’s unclear how representative the survey is for the federal government as a whole, considering the response rate, which was 6.9 percent overall.