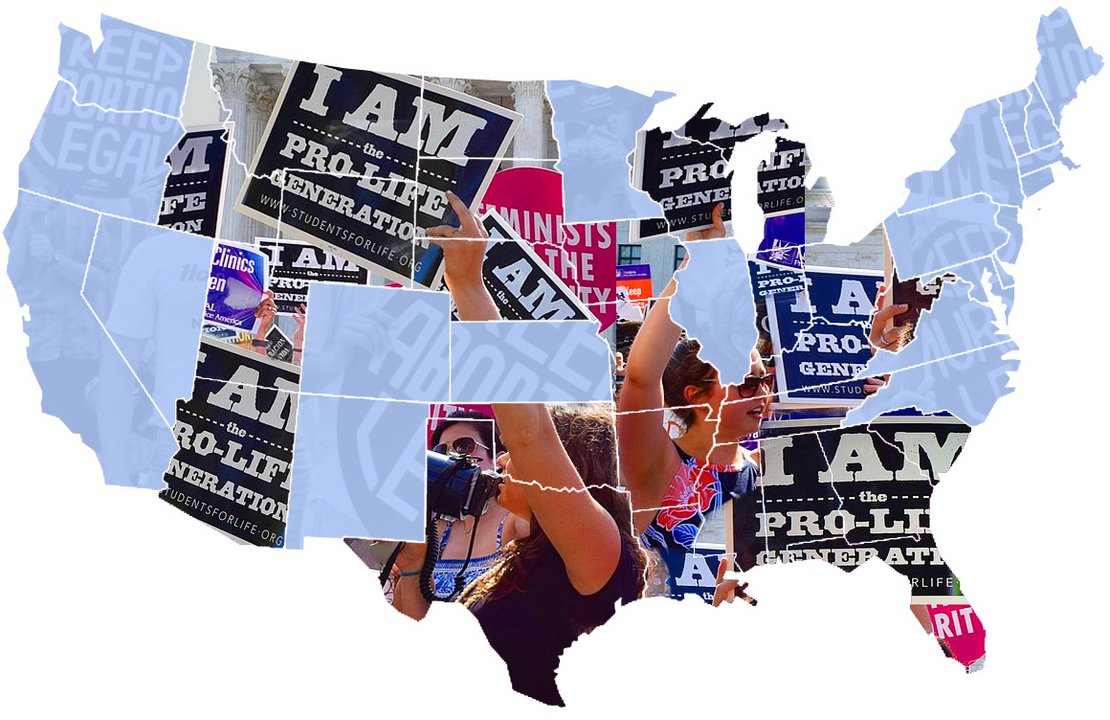 From a reproductive health perspective, the storm couldn’t have come at a worse time — just days after a Texas law effectively banned abortions and sent hundreds of people over state lines looking for care.

“The hurricane was truly just one more slap in the face,” said Kathaleen Pittman, administrator at the Hope Medical Group for Women in Shreveport, La. Hers was the sole clinic that remained open through the storm, extending hours for consultations and procedures in an effort to provide care to everyone in need.

“We are all very tired up here at this point,” she said.

Now, with the Supreme Court weighing two abortion-related challenges this term, reproductive rights advocates fear that the story of Hurricane Ida and Texas’ S.B. 8 could soon be repeated on a national scale as climate change intensifies extreme weather, creating even more hurdles for the 615,000 women the Centers for Disease Control and Prevention says seek abortions annually.

Hurricane Ida is just the most recent example of how natural disasters fueled by climate change can limit access to abortion — a procedure that must be precisely timed due to legal restrictions. In 2017, both Hurricane Harvey and California wildfires, including the Tubbs Fire, also forced abortion clinics to close and left people scrambling for care at the last minute.

Next week, the high court will hear a challenge to S.B. 8, which effectively bans abortions by outlawing them after six weeks of pregnancy, a time before many people even know they are pregnant. Then, on Dec. 1, the justices will consider a Mississippi law that bans most abortions after 15 weeks — much earlier than current precedent, which says states cannot prohibit abortion before fetal viability, which occurs between 22 and 24 weeks’ gestation. With a conservative majority on the court, it’s possible the landmark Roe v. Wade decision protecting a right to abortion could be overturned and set the stage for two dozen states to place strict limits on abortion.

“We know overwhelmingly that people seeking abortions are already low-income and dealing with making travel arrangements and finding child care and missing work,” said Michelle Erenberg, executive director of Lift Louisiana, which advocates for abortion access in the state. “All of that stuff becomes exacerbated if you are traveling even longer distances for care and doing it in the midst of a storm or recovery, and just with Hurricane Ida, some women are not going to get the abortions they need because of it.”

But health care advocates have long sounded the alarm on the ways in which climate change could decrease access to medical care more broadly, and reproductive health care is no exception.

Indeed, a recent White House National Strategy on Gender Equity and Equality lists climate change, and its impact on health care for women and girls, as one of 10 key “interconnected priorities.” It discusses how climate change, through increased prevalence of heat waves and natural disasters, poses a unique threat to pregnancy, and adds: “Climate-related disasters hinder access to essential services, including sexual and reproductive health care.”

In 2017, the Tubbs wildfire, which burned 36,807 acres in Sonoma County, forced Planned Parenthood clinics to close when staff had to evacuate their homes. But adapting to climate change isn’t as easy for abortion providers, who are often faced with death threats.

“It’s not like other forms of health care when you can evacuate to another hospital and continue the work,” she said. “We have security concerns that we can’t just move our procedures somewhere else.”

What’s more, a new analysis from reproductive rights think tank the Guttmacher Institute finds that if Roe v. Wade is overturned, some 21 states will automatically ban abortion, and five more are likely to craft their own bans soon after. If that happens, people seeking care will have to travel to providers hundreds of miles away.

It found that California could see an additional 1.3 million people seeking abortion there, mostly from Arizona, which Wonnacott said would push the state’s care capacity to the brink even without additional wildfire threats.

“Abortion is time-sensitive, and we wouldn’t want delays, but some of them won’t be avoided,” she said. “It becomes very tricky if a fire is occurring in a region for prolonged periods; it causes a lot of instability to our work.”

The analysis, which looked specifically at women of childbearing age, found that a total abortion ban in the 26 states would also increase the number of women whose nearest provider is in North Carolina by more than 4,600 percent, to 11.2 million. There, they would face scheduling two appointments — one for an initial ultrasound and another, 72 hours later, for the procedure itself — and potentially face flooding and hurricane risks that are not present in their home states as they waited.

“It’s not just that you may have to drive hundreds of miles to get to a clinic; you may have to do it twice,” said Lauren Cross, principal strategist for communications at the Guttmacher Institute. “If a hurricane comes through and delays access, even by a few days, when you are serving patients from multiple states, that impact is enormous.”

Abigail Roberts, director of client services at the Carolina Abortion Fund, which provides financial assistance to those seeking abortion, said her group has been in talks with other abortion funds across the country to plan for what might happen if Roe v. Wade falls or is significantly weakened.

Her clients face all sorts of financial pressures in seeking abortions, beyond just the cost of the procedure itself. Many must travel long distances, particularly if they are seeking care further along in their pregnancy and must either take two trips to the clinic or find a place to stay far from home during the 72-hour waiting period. Many also must secure child care and find a family member or support person to come to the procedure with them.

Roberts notes that many clients simply do not know they are pregnant, or how far along they are in their pregnancy, until “they are almost out of time,” making it imperative that they get an abortion as soon as possible.

“All of those factors are going to get much tougher if there is flooding, or hurricanes or climate change creating loss of income,” she said.

That’s what happened after Hurricane Harvey, according to one case study published last year in Health Care for Women International that reviewed calls to a Texas abortion fund and found eight women who specifically mentioned the storm as a reason for needing financial assistance.

One woman in the study said she became pregnant after being raped in a hurricane shelter and wanted to terminate. But the clinic in Houston where she lived was closed because of the storm, and she needed money to travel some 10 hours to El Paso instead — an expense she could ill afford.

“When abortion access is restricted and then you have climate change, which creates natural disasters that displace people and cut off access to things they normally would have access to, it exacerbates existing inequities and access issues,” said the study’s lead author, Ophra Leyser-Whalen, a medical sociologist at the University of Texas, El Paso. “Just think about having to pick up and travel to get an abortion in the middle of not having anything in your life after a natural disaster. That is also a disaster.”

She has studied state-level policies that affect contraception, including so-called emergency refill laws that allow pharmacists to refill prescriptions in special circumstances, including natural disasters, without approval from a patient’s provider.

Those laws apply to medications that a pharmacist believes are “necessary to maintain the patient’s health,” Berndt said, which can be problematic if an individual pharmacist does not think that contraceptives are up to that standard or has religious beliefs against contraception.

“Where women’s health is deemed a low priority, a pharmacist may not view contraceptive refills as being necessary to maintain health, and we have research showing that pharmacists do decline to fill contraceptive prescriptions,” she said. “Women’s contraceptive and reproductive care is not always viewed as health care.”

What’s more, Erenberg, in Louisiana, noted that though hurricane shelters often stock medicines, like insulin, and other first aid supplies people may need after a storm, those often do not include contraceptives.

“Reproductive health care is often left out of the disaster management and planning conversation,” she said.

“We are really just locking people into a circumstance in which, if they are having a difficult time after a storm, it may be impossible for them to prevent the pregnancy in the first place and then to terminate the pregnancy,” she said.