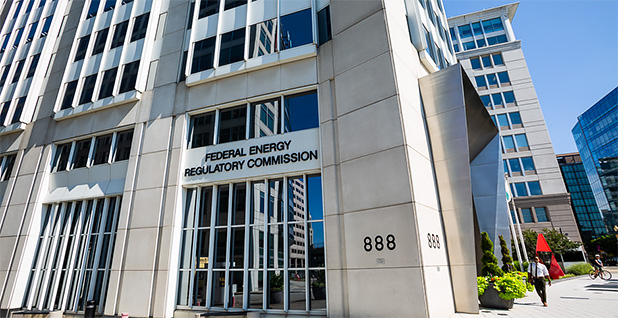 States looking to escape a regional power market before federal rule changes take effect have only one way out.

The exit ramp is complex and untested. Even its name is forbidding: the fixed resource requirement, or FRR.

Exiting the PJM Interconnection capacity market, the nation’s largest, won’t be easy, but analysts say it could give states the flexibility they need to duck the rule they say would prevent them from hitting their ambitious clean energy targets.

So the FRR is suddenly a hot ticket.

"It lived in a quiet little corner of the PJM rules," said Casey Roberts, a senior attorney with the Sierra Club Environmental Law Program. "But now that sleepy corner is waking up."

At issue is a Federal Energy Regulatory Commission rule change that could make it difficult for renewable and nuclear resources to compete with fossil fuel power plants in PJM’s wholesale market, which sprawls across 13 Midwest and Mid-Atlantic states and the District of Columbia.

Capacity markets offer a way for the grid operator to ensure there will be enough power generation to meet demand into the future, typically three years out. Generation resources like a coal plant or wind farm bid into PJM’s periodic auctions to qualify to provide electricity in later years.

Officials in states that have adopted bold clean energy targets — Illinois, New Jersey and Maryland, for example — worry the new rule will make it hard for some renewable resources to complete. Generators often rely on the revenue generated from the market to stay afloat. These states are now eyeing an exit to ensure the development of projects they see as crucial for spurring economic recovery from the coronavirus pandemic and combating climate change.

"FRR could theoretically be implemented in a variety of different ways," said Miles Farmer, a power market consultant who with Rob Gramlich of Grid Strategies LLC prepared a report on the FRR.

"It’s actually, in some ways, better thought of as a range of different options," he said.

Jeff Dennis, managing director and general counsel for Advanced Energy Economy, said the FRR may kick up more questions than it answers, in part because it was designed to be an on-ramp, not an off-ramp.

"It was a tool that was created for a large vertically integrated utility," Dennis said.

Vertically integrated utilities own all levels of the supply chain, including generation, transmission and distribution.

When PJM launched the latest version of its capacity market in 2007 as a way to procure enough power generation to meet demand well into the future, the American Electric Power Co. said the market would discriminate against large vertically integrated utilities that didn’t fit neatly into the new design.

In response to the utility’s calls for an "opt out" option, PJM included the fixed resource requirement provision, which utilities then used to transition fully or partially into the capacity market.

But the FRR tool then went underground — until now.

Backers of that rule, including FERC Chairman Neil Chatterjee, say it levels the playing field for energy sources, but critics say it puts offshore wind and nuclear generators at a severe disadvantage.

FERC has yet to decide on PJM’s suggestions for how to implement the rule, but states fear the change will interfere with their ability to decide their own energy resource mix (Energywire, June 1).

In Maryland, for example, generous offshore wind credits have led to development commitments, which might now be blocked from competing in the capacity market (Energywire, May 13).

Maryland legislators have been scrambling to mitigate the impact of the price rule. The General Assembly created a working group to examine alternatives to the capacity market, but the onset of the coronavirus pandemic squashed those efforts and shortened the legislative session.

"A lot of these are really good-paying jobs, union jobs. This is a way Maryland could be putting people back to work," he said.

"Limiting the growth of wind and solar in the state’s electricity mix means you’re keeping coal and fracked gas alive, and we know — whether it’s the methane leakage or toxins from coal plants — that is having severe health impacts that we could be minimizing by bringing solar and wind online," Hershkowitz said.

PSC Chairman Jason Stanek has said he is examining the FRR option but would not withdraw from the market without the General Assembly’s approval (Energywire, May 15).

Illinois and New Jersey officials are also weighing an FRR exit, which analysts warn could be a rather involved process.

"It’s pretty complicated, and states would have to sort out a number of different issues," Farmer said.

New Jersey, a state with ambitious offshore wind targets, has opened a formal investigation to begin sorting through those issues.

While New Jersey’s Board of Public Utilities has solicited ideas and comments on implementation of the price rule, the many unknown market dynamics and design features make it difficult to predict prices and functionality, Farmer said.

"For example, if you have a need for a lot of local capacity and the generation suppliers have concentrated ownership, then that gives them unfair market power," he said. "So there is an underlying market power concern that needs to be addressed."

PJM’s independent market monitor concluded in a series of reports that the fixed resource requirement option could spark higher power prices for customers.

The market monitor’s report on New Jersey found that customers could see as much as a $386.4 million rate hike, which is about a 30% increase.

The report, however, has received pushback for what critics see as false underlying assumptions, including not assigning value for avoiding emissions and protecting public health.

"Monitoring Analytics’ scenarios are based on an erroneous assumption that utilities would pay generators located inside and outside constrained capacity zones the same price, despite the fact that the external generators would be willing to receive a lower price as they do in PJM’s RPM," Farmer wrote in his report.

"While there are challenges in implementing FRR that deserve careful consideration," he said, "FRR also brings several benefits that offer the potential to lower costs for customers."

The design of PJM’s capacity market allows the grid operator to procure a 22% reserve margin of capacity through an auction. Operating reserves refer to the active power capacity that grid operators pay in advance to keep on hand in case of sudden swings in demand. Many analysts, however, argue the reliability requirement is roughly 15% to 16%, meaning consumers may be paying billions of dollars more than is actually necessary to ensure reliability.

"A lot more capacity is clearing the auction than is needed for the reserve requirement," said Paul Patterson, an analyst with Glenrock Associates LLC. "Not that they should be perfect about it. It’s a forecast, but it always skews up."

Sylwia Bialek, an economist who specializes in energy markets at New York University’s Institute for Policy Integrity, said the FRR solves some problems the federal expanded price rule introduces but also creates problems of its own.

"It also deprives the states of the benefits of participation in capacity markets," she said. "A better option than FRR is an expansion of carbon pricing. It would allow the states to dodge the negative effects of MOPR while achieving most of their clean goals."

There are bipartisan calls for carbon pricing in the nation’s regional power markets, but FERC has yet to pick up the baton (Energywire, May 19).

Bialek also cautioned that the FRR locks utilities in for at least five years. It’s conceivable that FERC, especially with a new group of commissioners, could roll back the price rule, leaving states locked out of a capacity market that no longer seeks to mitigate their clean energy goals.

Roberts of the Sierra Club said the FRR option is "certainly not something a state wants to take lightly," as it would require large investments of time and capital. But even if a Democrat is elected president in November, a new commission would likely not be appointed until next spring and repealing the MOPR would be an additional process, she said.

"Things could turn around," she said, "but they’re not going to turn on a dime."