Streams could ‘come in and out’ of WOTUS with climate change 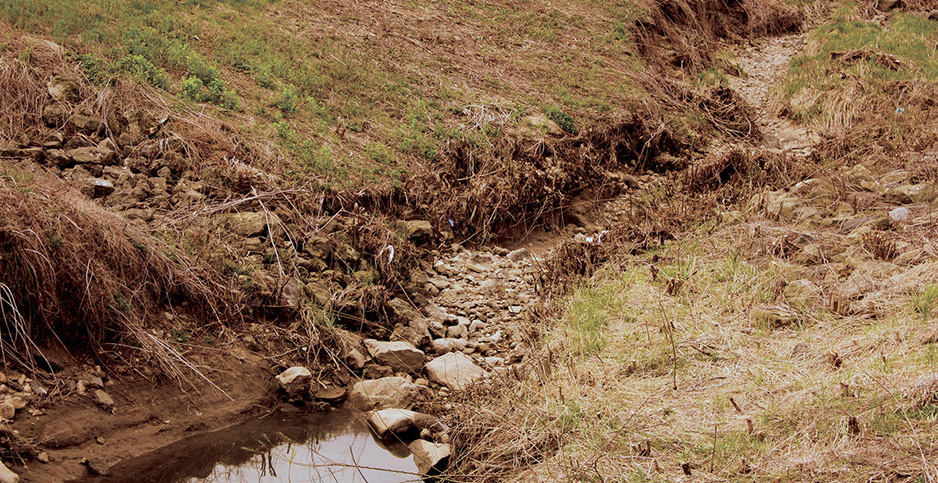 The Trump administration’s proposed Clean Water Act rollbacks are meant to draw clean lines showing which waterways are protected and which are not.

But climate change could complicate that as extended drought and increased storms change the hydrology of wetlands and streams nationwide.

The proposed Waters of the U.S., or WOTUS, rule would erase federal protections for streams that flow only after rainfall or wetlands without surface water connections to larger waterways.

But drought could dry up wetlands that are normally connected to waterways, and lower groundwater tables that normally feed streams. Increased rains could have the opposite effect.

Under the Trump administration’s proposal, that means streams and wetlands could "come in and out" of Clean Water Act jurisdiction, EPA officials told a Science Advisory Board (SAB) working group, because Army Corps of Engineers jurisdictional determinations last only five years.

"At the end of the permit period, a new jurisdictional determination might produce a different result if climatological changes had occurred, thus waters could come in and out of jurisdiction," EPA Office of Water Deputy Assistant Administrator Lee Forsgren and staffer Owen McDonough told the advisory board’s WOTUS Working Group, according to a summary of the conversation posted online.

The SAB will discuss the WOTUS proposal at a meeting Thursday. Members of its 10-person WOTUS Working Group have raised questions about the scientific justifications for the regulation and participated in a teleconference briefing and received written responses from the agency. A summary of the teleconference and EPA’s written responses were posted on the SAB’s website, along with a memo from the working group outlining their "concerns" about the proposal.

Forsgren and McDonough’s admission that climate change could affect Clean Water Act protections followed a question from one working group member who asked how "temporal variability" would influence whether streams are protected by the Clean Water Act.

Climate change causing waterways to lose protections would be much less likely under current regulations from the Obama administration and those in place since the 1980s because they are not as concerned with the presence of surface water flow.

Instead, current regulations protect any streams with a streambed, banks or ordinary high-water mark — landscape signatures to indicate whether streams have a significant impact on downstream waters, regardless of how often they flowed. Obama- and Reagan-era protections currently in place also allow for regulation of wetlands without surface water connections to waterways if they are relatively nearby or have shallow subsurface water connections.

The working group’s questions stem from concerns nine of the 10 members have about EPA and the Army Corps’ decision to erase protections for ephemeral streams. Though they flow only after rain, torrents of rain or snowmelt can carry significant pollution downstream into more consistently flowing waterways, in turn polluting favorite fishing holes and drinking water intakes.

In their memo, the WOTUS Working Group said agencies should consider the "scientific basis" for excluding ephemeral waters that flow only after rainfall and wetlands without a direct surface water connection to larger waters. The group also recommends considering "the scientific importance of ground water protection and ground water," noting that the WOTUS proposal would protect spring-fed creeks but not isolated waters or wetlands with shallow subsurface groundwater to larger waterways that have previously been protected.

The working group also asks EPA to further consider whether some waterways are too small to warrant Clean Water Act protections, even if they flow all year round.

All four recommendations were based on a 300-page "Connectivity Report" commissioned by the Obama administration before it wrote the Clean Water Rule. The SAB had reviewed and signed off on the final version of that report in 2014.

That report explains how even small streams that don’t flow consistently and wetlands without surface water connections can have large impacts on downstream waterways by helping to absorb floodwaters, slow the flow of water and filter out pollution.

EPA and the Army Corps have justified rolling back clean water protections — some of which have been in place since the 1980s — by saying the question of Clean Water Act jurisdiction is a question of law, informed by court decisions and not by science (Greenwire, Dec. 11, 2018).

That argument was apparently not convincing to the working group members, who laid out recommendations in a memo to the larger SAB.

"We recognize that the agency views the definition of Waters of the United States as a legal and policy decision that is informed by the statute," they wrote. "However, in reviewing the proposed rule we find that there are some gaps between science and policy that warrant review and bridging."

Nine of the 10 work group members signed off on those recommendations.

Don van der Vaart, who questions mainstream climate science and is the former secretary of the North Carolina Department of Environmental Quality, argued in a dissenting statement that the Clean Water Act does not regulate waters "based on the likelihood of their contributing pollution to actual navigable waters."

He also echoed EPA talking points, saying the question of Clean Water Act jurisdiction "is not a scientific inquiry, but a legal one."

But the rest of the working group was so concerned about excluding ephemeral streams, they asked whether EPA had considered regionalizing its proposal to account for the fact that the majority of waterways in the arid Southwest flow only after rainfall.

"Given the differing roles that ephemeral streams play in influencing the chemical, physical and biological integrity of the Nation’s waters, why not consider a regional approach to regulation of ephemeral streams?" the work group asked.

Forsgren and McDonough did not directly answer the question, instead describing the technical difficulties of basing Clean Water Act protections on specific flow requirements, such as only protecting streams that flowed at least 185 days per year.

But the pair did note "the importance of a typical year" — the methodology the Trump administration proposes to use to determine whether waterways and wetlands are covered by the Clean Water Act.

The proposal would determine whether waterways and wetlands are covered by the Clean Water Act by looking at what their surface water connections to larger waterways look like in a "typical year."

That means EPA and the Army Corps would look at a rolling 30-year average of precipitation for an area to determine whether a stream flows independent of rainfall, for example. But the proposal specifically says a typical year "would not include times of drought or extreme flooding" and would look only at rainfall from the previous three months that falls within the 30th or 70th percentiles of the 30-year average.

Forsgren and McDonough "indicated the concept allowed for regionalization" to the working group.

But scientists and environmental groups that oppose the WOTUS rule say the "typical year" concept would ignore climate change and the regional variabilities it could exacerbate by eliminating the wettest and driest precipitation data.

The Natural Resources Defense Council accused the agencies of ignoring the effects of climate change, writing in comments that "what has been typical in the past will not reflect what the future holds."

And a coalition of scientific groups, including the Society of Wetlands Scientists, said the proposal "ignores the periodic and substantial connectivity that occurs during increasingly frequent atypical years resulting from climate change."