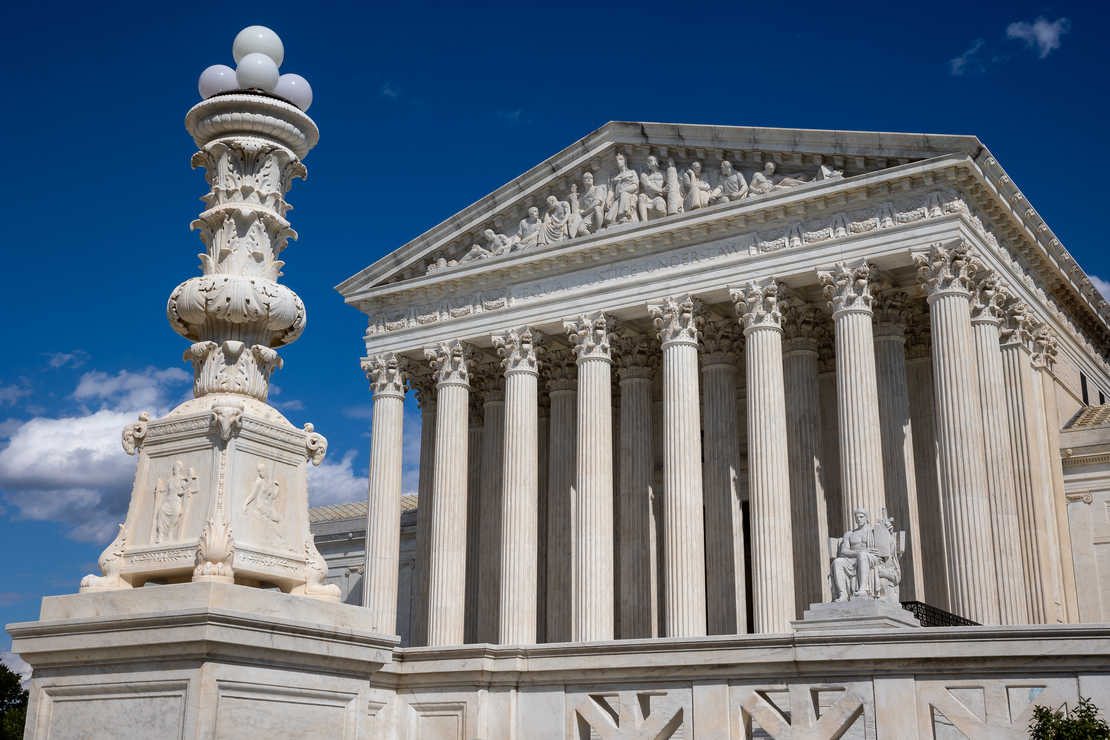 A brewing Supreme Court battle over student debt relief could offer the justices their next chance to define which federal policies are vulnerable to legal challenges like the one that killed the Obama administration’s landmark power plant emissions rule.

In a short order Thursday, the justices granted the Biden administration’s request to review a lower court’s freeze on the president’s plan to forgive between $10,000 and $20,000 in federal student loan debt for eligible borrowers. The court will hear arguments in the expedited case in February 2023.

“There’s definitely a pattern now where, to litigants, everything’s a major question,” said Robert Percival, director of the environmental law program at the University of Maryland. “If you don’t like something, yell the mantra of major questions, and if the court doesn’t like it, they’ll get rid of it.”

The student debt case, Biden v. Nebraska, could show how far the Supreme Court is willing to take major questions challenges. Though the doctrine existed prior to West Virginia, many legal observers say the justices’ use of it in the climate case may have created a new path for opponents of federal regulation (Greenwire, June 30).

Percival said the justices may use the student debt case to place guardrails on major questions lawsuits.

Unlike other policies — like the Clean Power Plan — that have faced challenges under the doctrine, Biden’s loan relief program does not impose costs or rules on businesses or individuals. Instead, it says the government will not collect debts that are owed to it.

Moreover, the Biden administration has argued, Congress provided in the 2003 Higher Education Relief Opportunities for Students Act that the head of the Department of Education is authorized to take steps to ensure that federal borrowers affected by a national emergency — like the Covid-19 pandemic — do not face harm due to their debt.

“This will help show whether there are any limits to major questions because the government has a strong argument that this is different from any of the past cases,” said Percival.

Jared Kelson, an attorney at the firm Boyden Gray & Associates, said the justices may not see a distinction between the student loan fight and prior major questions cases.

“The solicitor general in Biden v. Nebraska tries to narrow the scope of the major questions doctrine by arguing that past cases all involved an assertion of regulatory authority, not lifting requirements on government benefit programs,” Kelson said in an emailed statement. “But that may be a distinction without a difference, since lifting requirements on government benefit programs can be just as economically and politically significant as any government regulation.”

It’s also possible that the Supreme Court won’t address the doctrine in its consideration of the student debt case, said Devin Watkins, an attorney for the Competitive Enterprise Institute, which has raised major questions challenges against other Biden administration policies in the wake of West Virginia.

A judge of the U.S. District Court for the Eastern District of Missouri on Oct. 20 rejected red states’ emergency bid to stop Biden’s loan forgiveness plan on the grounds that challengers lacked standing, or had failed to adequately demonstrate how they would be harmed by the program.

The 8th U.S. Circuit Court of Appeals on Nov. 14 granted the red states’ request for emergency relief, writing that the “district court’s analysis began and ended with standing.”

The Biden administration then brought the matter to the Supreme Court.

Watkins said he expects the justices to stay focused on the standing question during the February argument.

“If they ever got to the merits,” Watkins said of the student debt case, “it could be important to the major questions doctrine.”