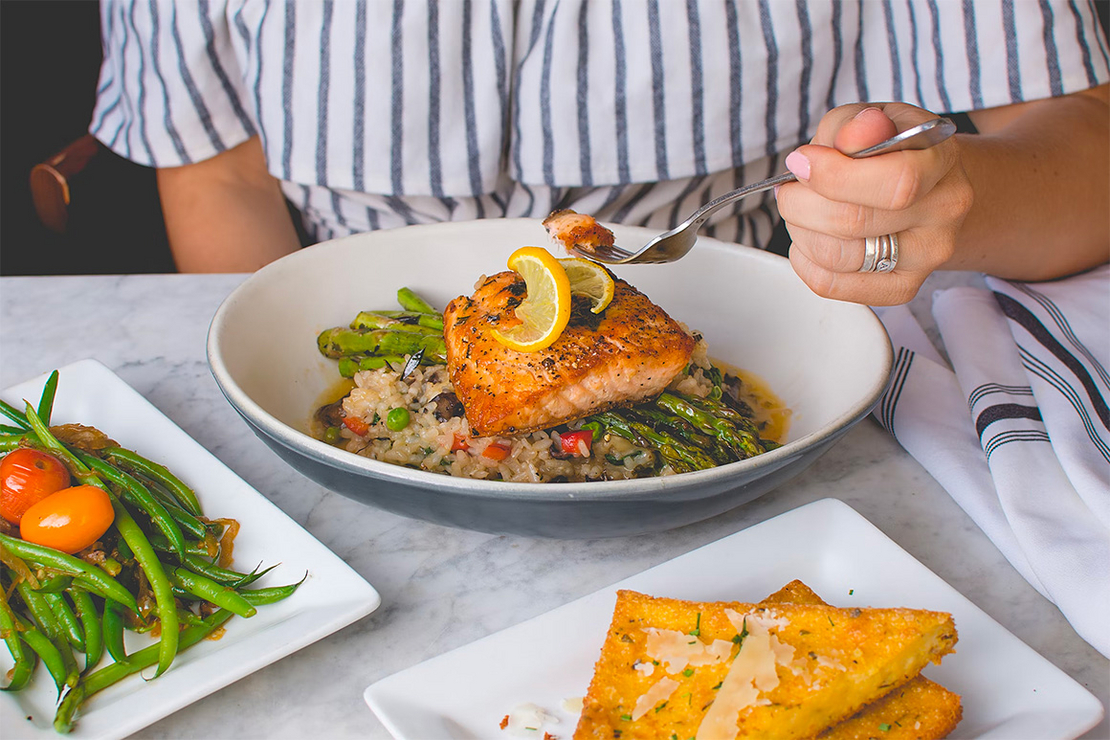 Locally caught freshwater fish are often loaded with “forever chemicals” and could pose major health risks, according to new research.

Scientists with the Environmental Working Group have found that a single serving of locally caught freshwater fish could be on par with consuming a month’s worth of drinking water containing elevated levels of a notorious PFAS slated for EPA regulation. Furthermore, consuming that fish only 12 times per year could, the scientists said, lead to more than triple amounts of the chemical PFOS in most people across the United States.

Published Tuesday in the peer-reviewed journal Environmental Research, the findings offer a grim look at how contaminated some parts of the food chain are with per- and polyfluoroalkyl substances. In particular they zero in on PFOS, a compound linked to health impacts including cancer and kidney and liver disease.

Fish consumption “has been observed as an indicator of PFAS,” the scientists noted, especially PFOS. That chemical has historically been used in aqueous film forming foam, which is a major source of contamination around the country. Foam usage at everywhere from military sites to airports has caused PFOS pollution in water, in turn jeopardizing wildlife like fish.

But the findings are particularly perilous for communities that are more likely to rely on fish as a big part of their diet, including Indigenous populations and other people of color already disproportionately facing equity challenges.

“The exposure to chemical pollutants in freshwater fish across the United States is a case of environmental injustice that especially affects communities that depend on fishing for sustenance and for traditional cultural practices,” wrote the authors.

As part of their research, the EWG scientists analyzed over 500 composite samples of freshwater fish filets, all of which were collected through government monitoring programs between 2013 and 2015. The samples included salmon, catfish, perch, walleye and bass. Those data sets indicated median levels of total detectable PFAS of 9,500 nanograms per kilogram across U.S. rivers and streams, with that number at 11,800 ng/kg for the Great Lakes.

Current EPA interim health advisories state that PFOS is only safe in drinking water at rock-bottom levels, offering a threshold of 20 parts per quadrillion (or 0.02 part per trillion) for the notorious chemical (Greenwire, June 15, 2022). While chemicals operate differently when consumed through food versus through water, the levels of PFOS in the fish were dramatically higher than the cutoff for drinking water, something the scientists said was alarming.

In analyzing the data, they found that PFOS represented 74 percent of the compounds detected. Most notably, the findings indicated that just one serving of freshwater fish was equivalent to drinking water with PFOS at 48 ppt for a full month.

The results add to a growing pool of scientific research showing how widespread PFAS contamination is in fish, while underscoring fears around who might be impacted. Researchers have already noted that tribal drinking water systems are underrepresented in EPA testing data as the agency ramps up its PFAS work (Greenwire, Dec. 14, 2022).

Areas like the Great Lakes are also drawing alarm, with studies showing elevated levels of PFAS in the area (Greenwire, Aug. 31, 2021). Advocates say that fragile ecosystem is already suffering from widespread contamination, with significant implications for both the environment and residents who consume fish they catch in the lakes.

EWG’s study also comes as regulators from multiple agencies face fever-pitch pressure to crack down on the compounds. One is moving forward, albeit with delays — EPA is expected to finally issue drinking water standards for PFOS and another compound, PFOA, in March of this year, potentially along with other chemicals.

That rule would mark the first time in three decades that EPA has regulated a contaminant in drinking water, and it would join other efforts including the agency’s proposal to designate PFOA and PFOS as hazardous under Superfund law (Greenwire, Aug. 26, 2022).

But another agency has dragged its feet on the issue despite major criticism. The Food and Drug Administration has resisted calls for a larger crackdown on PFAS. An E&E News investigation last year found the agency has consistently punted on the issue, even when presented with mounting data showing the chemicals are a persistent problem in food (Greenwire, March 7, 2022).