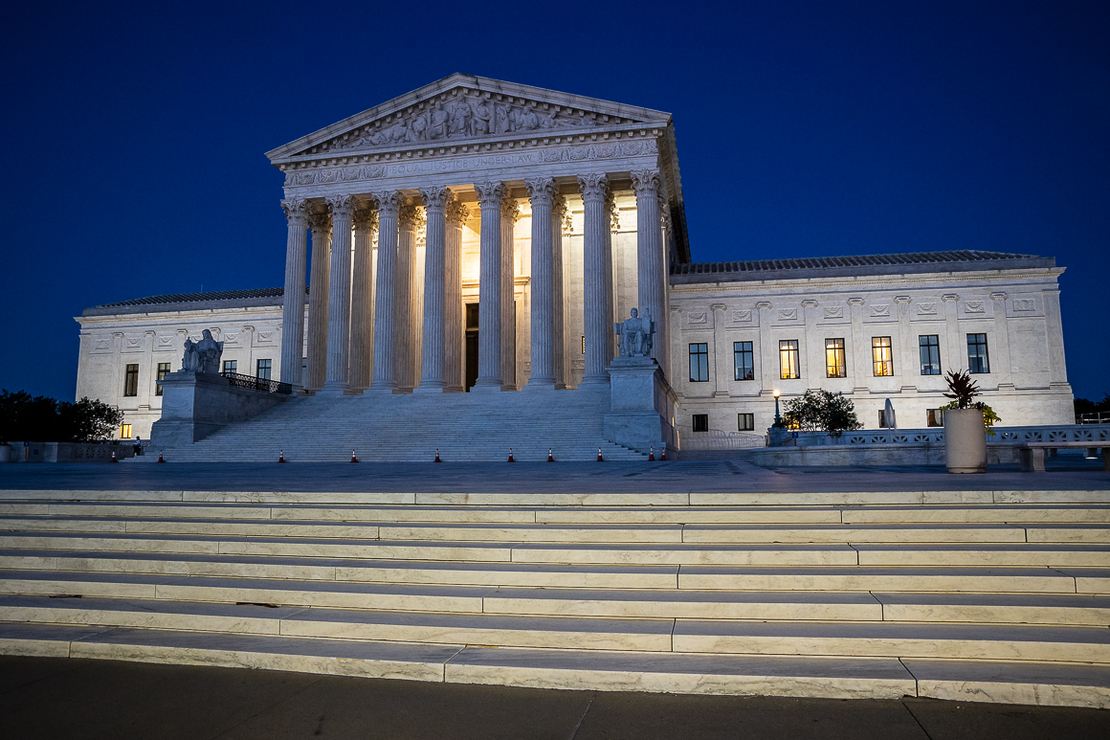 The Supreme Court’s move yesterday to revive a Trump-era EPA permitting rule could serve as a warning for the Biden administration on how it should proceed with other regulations that have been struck down by lower courts.

Yesterday’s emergency order reinstated a 2020 rule that limited the long-standing role of states and tribes under Clean Water Act Section 401 to certify pipelines, dams and other federally approved projects — and is seen by some legal observers as an indication that EPA and other agencies shouldn’t rely too heavily on lower court rulings that have rejected Trump regulations (Greenwire, April 6).

The unexplained order reversed — over the objection of four justices — a finding last year by the U.S. District Court for the Northern District of California that the rule violated Supreme Court precedent and should be scrapped.

EPA “should be asking itself what today’s ruling means for other Trump Administration regulations that were set aside by lower courts in a similar manner,” said Kevin Minoli, a partner at the law firm Alston & Bird and former senior official in EPA’s Office of General Counsel, in an emailed statement yesterday.

“In particular,” he continued, “the government should be considering what today’s decision could mean for its efforts to adopt a new regulation defining the reach of the Clean Water Act — an issue that the Supreme Court is set to take up later this year.”

The case Minoli referred to, Sackett v. EPA, is expected to be heard by the Supreme Court this fall and has the potential to limit federal jurisdiction over the nation’s waterways — as the Trump administration with its 2019 Navigable Waters Protection Rule (Greenwire, Jan. 24).

That regulation — which adopted former Justice Antonin Scalia’s narrow view of waters of the U.S., or WOTUS, as articulated in the 2006 case Rapanos v. United States — was struck down last year by the U.S. District Court for the District of Arizona.

As it did with the Section 401 rule, the Biden administration responded to the Arizona district court order by reverting to pre-Trump procedures and moving ahead with a brand-new regulation. Meanwhile, critics of the court’s ruling said its application is limited to Arizona.

But Larry Liebesman, a senior adviser at Dawson & Associates, a consulting firm that specializes in permitting, noted that the Sackett Supreme Court case still has the potential to throw a wrench into the Biden administration’s new WOTUS rule.

“If the court comes down with a narrow ruling favoring Justice Scalia’s Rapanos opinion, the agencies would then likely have to redo any Biden WOTUS rule to conform to Sackett,” Liebesman said.

“We’re glad that the courts have recognized that these rules from the Trump administration violate the Clean Water Act, but relying on a court — and especially a district court — is somewhat risky,” he said. “I think we saw the risk yesterday.”

‘Blueprint’ for other rules?

In a request for the Supreme Court to revive the Section 401 rule, a coalition of red states and industry groups wrote that the California district court’s order created “an easy-to-replicate blueprint” for erasing a prior administration’s rules with the assistance of a “single, sympathetic district court.”

Andrew Hawley, an attorney at the Western Environmental Law Center, said it was hypocritical for much of the Supreme Court’s conservative wing to reinstate the Trump rule without fully briefing the matter or providing any reasoning for its action.

The justices have increasingly come under fire for using its emergency docket — or “shadow docket” — to enact major policy changes on the environment and other high-profile issues (Greenwire, Aug. 24 2021).

“[T]he irony of today’s decision is that the court effectively admonished the lower court for setting aside a clearly unlawful rule on too little process, while acting with arguably less process and ignoring its own rules along the way,” Hawley said in a statement.

In a dissenting opinion, Justice Elena Kagan — joined by Chief Justice John Roberts, a conservative, and the two other members of the court’s liberal wing — took aim at her five colleagues in the majority for agreeing to reinstate a rule despite no showing of irreparable harm to the challengers.

ClearView Energy Partners LLC wrote in a note yesterday that there is value in the court’s ability to take such an action.

“While we are not practicing attorneys,” ClearView wrote, “we do see a rationale in the nation’s highest court setting aside a vacatur ruling if it was incorrectly issued in terms of appropriate judicial procedure even if the ‘harm’ isn’t particularly grave to any party.”

Sen. Tom Carper of Delaware, the Democratic chair of the Environment and Public Works Committee, which oversees EPA, blasted the court for relying on a “shadow docket” order to revive what he cast as a regulatory rollback that flies in the face of the “clear role” Congress reserved for states under the Clean Water Act.

Carper and other top EPW Democrats railed against the Trump administration when the Section 401 rule was finalized, warning that the language would leave states and tribes unable to continue 50 years of practice to protect drinking water by limiting the time and scope of environmental reviews.

“Without explanation, without hearing on the merits, the Supreme Court has revived a rule that hamstrings states’ ability to protect their waters, defend their citizens, and preserve their public and economic health,” Carper said.

“This is wrong on the substance and wrong on the process,” the senator continued. “There is too much at stake to simply cave to the interests of a very few energy companies who find themselves compromised by this hugely important, and very clear, law.”

Yet on the opposite side of the aisle, House Republicans cheered the court’s move.

Reps. Sam Graves of Missouri, the top Republican on the House Transportation and Infrastructure Committee, and David Rouzer of North Carolina, the ranking Republican on the Water Resources and Environment Subcommittee, said the Trump-era rule puts “reasonable” limits on Clean Water Act reviews that have been “weaponized” by some states to block projects they politically oppose.

Graves said the ruling is “crucial to prevent liberal states from vetoing projects of national significance, like the pipelines that deliver affordable gas to all corners of the country and prevent an overreliance on fuel from countries like Russia.”