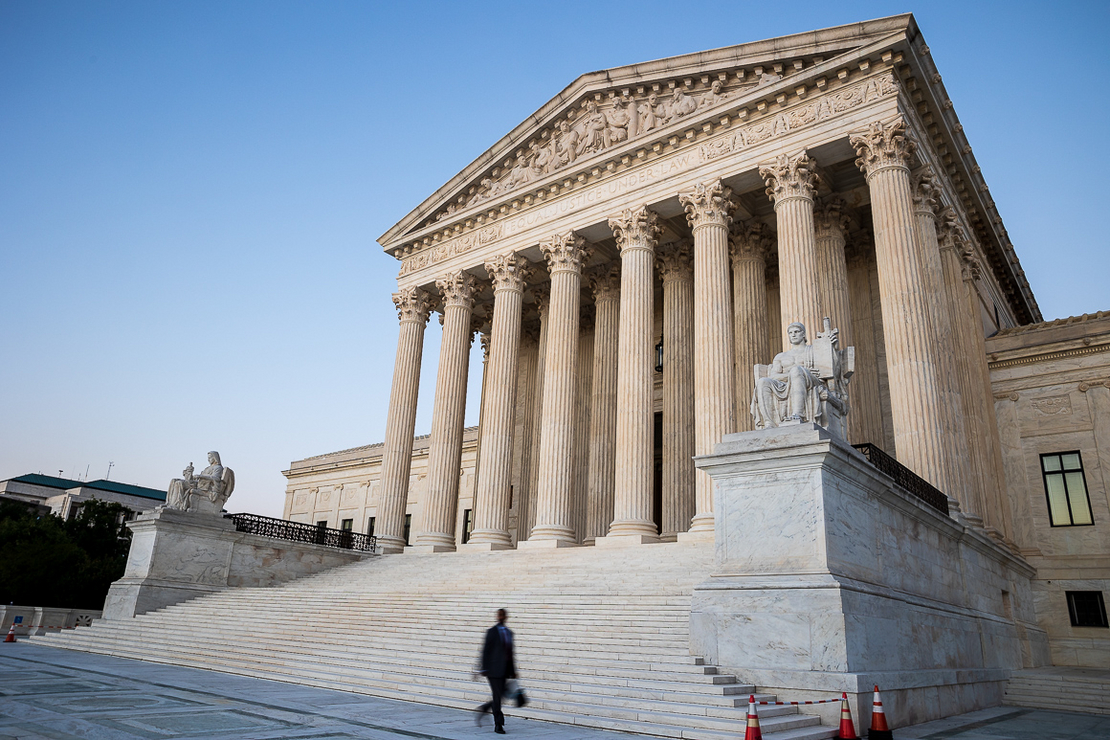 Justices appeared skeptical of the Justice Department’s argument that property owners couldn’t bring a case against the government because of a 12-year limit on when a lawsuit could be filed.

The case, Wilkins v. United States, involves a road leading to the Bitterroot National Forest in Montana, on which the Forest Service had an easement allowing for public access. But two property owners say it was rarely used for that purpose until the agency in 2006 posted a sign on the road — “public access thru private lands” — that attracted more visitors, who trespassed on their land and, in one instance, shot an owner’s cat (Greenwire, Nov. 29).

Assistant to the Solicitor General Ben Snyder took some of the most spirited questioning, including from Justice Elena Kagan, who dove into the government’s interpretation of “drive-by statements” in past cases to argue that the 12-year statute of limitations should preclude the complaint.

“Unless we have a clear statement that that was what was litigated, why would we try to give stare decisis to issues that weren’t identified by the court?” Kagan asked Snyder.

But landowners Larry “Wil” Wilkins and Jane Stanton, represented by the property rights-focused law shop Pacific Legal Foundation, faced skepticism too, including from Chief Justice John Roberts, who pointed to a case earlier this year — Boechler v. Commissioner of Internal Revenue, which dealt with tax document deadlines — that suggested “12 years is 12 years, and you don’t get beyond that” in bringing legal action.

The government argues that a federal law called the Quiet Title Act puts a 12-year limit on lawsuits against the government for using or modifying property. Lower courts agreed, but the case’s elevation to the high court suggests it’s not clear Congress intended to make the 12-year limit so tight in every situation.

Prior owners of the land had negotiated an easement with the Forest Service in 1962, and the government has said the new owners — who came along in 1990 and 2004 — should have been aware of the government’s claim.

The property owners sued in 2018, saying the Forest Service’s placement of the sign in 2006 essentially reset the clock on the statute of limitations.

Jeffrey McCoy, the Pacific Legal Foundation’s lawyer, said his clients’ position was that an evidentiary hearing should be held to examine timing issues that are relevant to their case, such as the Forest Service’s prior statements that the road would be decommissioned.

“With that, Mr. Wilkins decided not to sue at that time,” McCoy said.

Justice Sonia Sotomayor responded: “An adverse party telling you let’s try to work this out doesn’t mean you make a choice of whether to sue or not. They’re not telling you, ‘Don’t sue.’”

With its focus on the Quiet Title Act — rather than the Forest Service specifically — the case could affect many other similar disputes in the future, lawyers have said. Legally, a question facing the court is whether the case is jurisdictional — meaning the limit applies — or nonjurisdictional.

“Jurisdiction is a word of many meanings,”McCoy told the justices, adding that Congress didn’t clearly spell out its intention in the law.

Justice Ketanji Brown Jackson cautioned McCoy that depending on the court’s decision on what’s considered jurisdictional, nearly identical sections of different statutes could end up with different meanings.

“That seems to me a really messy and odd way,” Jackson said.

At issue, too, is how a court that’s decidedly more conservative in recent years views precedent and the intent of Congress in passing laws — a trend Roberts referenced during oral arguments.

The high court’s approach to similar cases has changed over time, Roberts said, relying more heavily on the text of laws passed by Congress rather than the hearing transcripts and reports that justices dissected at the expense of legislative language “back in the day.”

“Today, we have a different approach,” Roberts said.

Sotomayor, in questioning Snyder, took issue with the government’s interpretation of past cases and suggested the administration’s lawyer was attaching significance in places where it didn’t belong — a point Snyder said he disagreed with.

Justice Neil Gorsuch, a member of the conservative wing, said to Snyder that the court has cautioned against reading legal opinions as legislative statutes.

“No judge wants his or her word to be read for every last period, comma, jot and tittle the way we’d read a statute,” Gorsuch said. He later added: “There’s a degree of judicial humility about our own past work.”

Snyder responded: “I think we do satisfy that bar.”

The Pacific Legal Foundation expressed optimism about the argument.

“By rash prediction: Kagan will write this opinion and she will be on the side of Wilkins the landowner,” the firm wrote on Twitter.

The justices are expected to issue their decision in the case by summer.