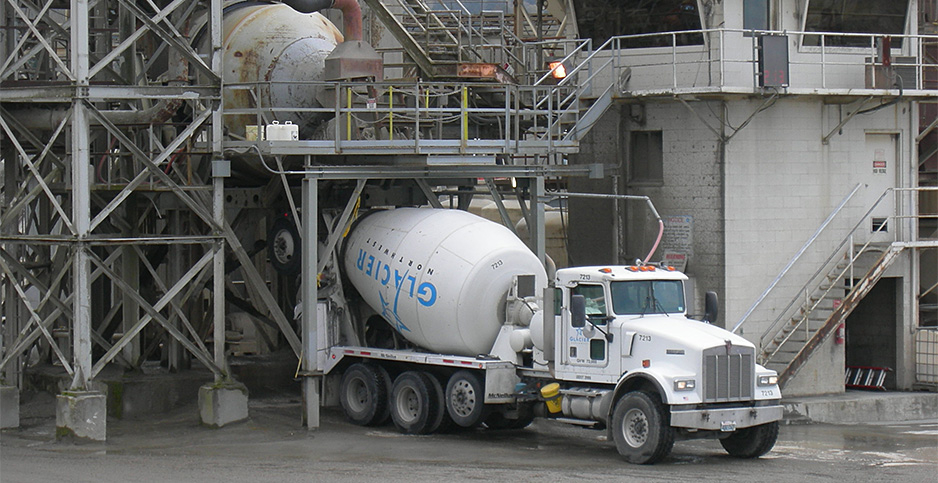 On a snowy April day in 2016, then-Wyoming Gov. Matt Mead announced a competition that he hoped would save the state’s beleaguered coal industry. The aim of the contest was straightforward, even if achieving its objective was not.

The goal was to find a way to turn carbon dioxide emissions into products that could be sold. The playing field would be a coal-fired power plant in Gillette, Wyo.

The winner of the Wyoming competition would split a $15 million purse with the winner of a similar contest at a gas-fired power plant in Alberta. Semifinalists all would receive a piece of a $5 million prize.

Teams from around the globe applied.

"We’re looking for a game-changer for the world," Mead, who left office in 2019, told a crowd assembled at the Dry Fork Station outside Gillette.

The answer to emerge five years later is unlikely to save coal, but it could provide the foundation for greening some of the world’s hardest-to-decarbonize industries. XPrize, the California-based nonprofit that administered the competition, announced today it had chosen two green concrete makers as the winners of the $15 million grand prize.

The announcement at once demonstrated the promise and limitations of carbon utilization, the idea that CO2 emissions can be transformed into products like carbon fiber, concrete or even carbon nanotubes. It also underlined how much the energy world has changed in five short years.

The winning teams in both Alberta and Wyoming demonstrated processes that use carbon dioxide to strengthen concrete and reduce its greenhouse gas emissions.

CarbonCure Technologies, a Canada-based startup, won the Alberta competition by showing it could inject carbon dioxide into concrete wastewater and turn it into a mineral that strengthens concrete.

The Wyoming winner, UCLA CarbonBuilt, injected CO2 into the concrete mixture as it cures, strengthening the final product and reducing its carbon footprint by more than 50%.

Concrete is the final product of cement, a massive source of global emissions. To make cement, limestone and other clay-like materials are heated in a massive kiln and turned into a lumpy substance known as clinker. That in turn is combined with gypsum to make cement.

The Global Carbon Project estimates that heating up limestone accounted for 4% of total emissions in 2020. That figure does not account for the energy emissions needed to power those kilns. There’s also this: Cement emissions are growing quickly as China and other countries rapidly develop.

"That’s why it’s pretty exciting that two companies that I think are actually relevant to a huge market, to a huge industry, and can really make a dent on CO2 emissions have emerged from the competition because that’s the whole point: solutions that can actually scale and make an impact on climate," said Marcius Extavour, XPrize executive director for price operations for energy and resources.

While both finalists reduce the carbon footprint of concrete, they don’t necessarily reduce emissions from cement production, experts said. Both CarbonCure and CarbonBuilt need a CO2 source to cure concrete. That CO2 could come from a cement facility, power plant, ethanol facility or potentially the atmosphere.

David Keith, a Harvard University professor who founded the direct air capture startup Carbon Engineering, noted that emissions from those facilities greatly exceed the market for carbon products. If policymakers are concerned about cement emissions, for instance, they would be better suited requiring installation of carbon capture and sequestration facilities at cement plants. Yet those projects would be expensive and politically difficult, he said.

He said the XPrize competition was concerning because it potentially reduces political pressure on heavy polluting industries such as coal and Canadian oil sands producers. Companies can claim they are reducing emissions, when the actual reductions are minimal. The XPrize contest was sponsored by NRG Energy Inc., an American utility, and Canada’s Oil Sands Innovation Alliance.

"Fundamentally we’re making 40 gigatons of waste CO2 a year, and we don’t need much of it. Some reality check is in order," Keith said. "It politically serves as a distraction to actually getting at the problem."

Others were more sanguine. Carbon utilization can create an economic incentive for companies to address their emissions, which is particularly important in hard-to-green sectors of the economy such as cement, said Julio Friedmann, a senior research scholar who studies carbon capture and utilization at Columbia University’s Center on Global Energy Policy.

"It’s helpful to think about this as the Model A or the Model T. This is the first change to the recipe of concrete in 200 years," Friedmann said. "It’s not meant to be the totality of the climate space. It’s meant to be a portion of the hard-to-abate stuff."

He added: "This is not a lifeline to coal companies. This is a way to do some good by doing well. At the end of the day people like CO2 utilization not because it solves climate but because you’re making stuff and making money. … If we want to change the way we build things, we need companies taking shots on net, and in that context this looks useful."

Advocates of carbon utilization acknowledged the technologies’ limitations, noting the world’s emissions are many times in excess of what the market for carbon products can soak up. But they argued utilization can be an important piece of the climate action puzzle, offering solutions for industries with few green alternatives.

An earlier version of CarbonCure’s technology is already installed at 300 concrete plants. The company primarily uses CO2 from ethanol facilities to inject into concrete mixtures and hopes to cut 500 million tons of CO2 annually by 2030.

Unlike traditional carbon capture, where CO2 is injected into an underground disposal well, turning gas into a mineral has the added benefit of permanently storing it, said CarbonCure President Jennifer Wagner.

"Every ton that we inject gets permanently mineralized and will never be released. So I think there is a nuance there that you have to consider, which solutions are temporary removal and which ones are permanent," she said. "We do need a portfolio approach to meet our climate targets. There’s no silver bullet here. We need all tools in the toolbox."

CarbonBuilt, a spinoff from UCLA’s Samueli School of Engineering, was looking for a way to help green the world’s rapidly growing construction industry, said Gaurav Sant, a professor of civil and environmental engineering who leads UCLA’s Institute for Carbon Management. The company is now looking to apply its technology in a commercial setting.

By injecting CO2 into the cement mixture, the company effectively is lowering the CO2 footprint of cement production and creating a product that is stronger than the alternative. The cheapest way of doing that is locating CarbonBuilt’s technology at a coal plant or cement plant, where it has access to the cheapest form of CO2, he said.

"The atmosphere is agnostic to where the CO2 comes from. So any CO2 reduction that has been achieved that is meaningful," he said. "I think our value proposition is really conditioned on how do we take a big stack of like cement production, which is obviously foundational to the world that we live in, how do we reduce the carbon intensity of that sector? And No. 2, how do we try and utilize any source of CO2 we can use cost effectively to deliver concrete to the construction market, which is what we want, not simply from engineering perspective but also society, and how we would do it at the lowest possible cost."

If there is some hope carbon utilization may help green cement, experts said the future is less bright for an industry like coal. Emissions from coal are simply too large to be absorbed by products like green concrete.

That hints at one of the fundamental shifts in the energy world. A decade ago, applying carbon capture to coal plants was a common industry objective. It was that type of thinking that prompted XPrize to locate its competition at a pair of power plants.

But a decade of cheap natural gas and low-cost renewables has fundamentally changed the outlook of the electricity business, particularly in America where many coal plants are late into their life cycles.

"Electric power is an important test case, but I think we always knew these technologies are going to go where they best fit. For cement and concrete maybe they actually go to the source of cement and concrete," Extavour said. "I really see the flexibility as actually a strength rather than thinking it must be here in this way."