Time running out for lawmakers to avert shutdown 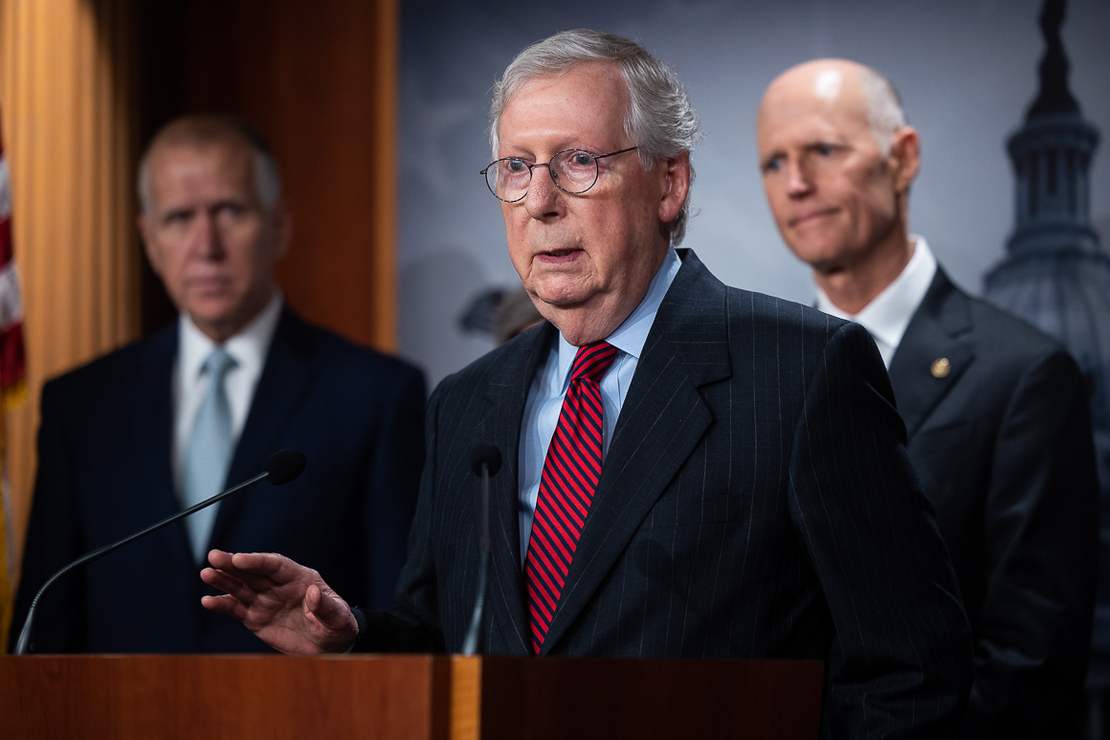 Congress will need to find a compromise quickly to avert a government shutdown later this week and an unprecedented federal default as soon as mid-October.

Democrats and Republicans have been staring each other down for weeks in a multilayered fiscal fight over annual funding and the nation’s debt ceiling.

Without a deal by Friday, when the new fiscal year begins, federal agencies will run out of money and most of the federal workforce will be furloughed without pay. The debt ceiling is expected to hit between Oct. 15 and Nov. 4, according to a recent analysis by the Bipartisan Policy Center.

House Speaker Nancy Pelosi (D-Calif.) said yesterday that Congress would find a way to keep the federal government open and deal with the debt ceiling but did not offer a specific strategy how Congress could do so in the coming days.

“It’s always been bipartisan, and it should be again,” Pelosi said on ABC News’ “This Week,” when asked about raising the debt ceiling.

House Democrats have passed legislation that would extend federal funding through Dec. 3 and suspend the nation’s $28.5 trillion debt ceiling through December 2022 (E&E Daily, Sept. 22). Republicans, however, oppose combining the CR with the debt ceiling.

Senate Republicans tonight will amp up the brinkmanship when they are expected to block a bid by Senate Democrats to move the House-backed bill. Democrats will need 60 votes to get cloture and avert a filibuster, but they only control 50 Senate seats and the GOP is largely united against it.

“We had multiple shutdowns over the last several years forced by Chuck Schumer. I would expect him to do the same thing again,” said Sen. Ted Cruz (R-Texas), who last week said he would filibuster the legislation and force the cloture vote.

Republicans, led by Senate Minority Leader Mitch McConnell (R-Ky.), have argued that since Democrats control both chambers and the White House they should raise the debt limit themselves through their pending $3.5 trillion reconciliation plan. Such a standard has never been raised by either party until now.

The GOP’s apparent goal is to paint Democrats as boosting federal borrowing to underwrite Biden’s agenda, though raising the debt limit would pay for previous spending agreed to by both parties. McConnell said Republicans back a standalone CR that would also likely carry emergency aid for victims of Hurricane Ida and other recent natural disasters.

Sen. Patrick Toomey (R-Pa.) made the GOP argument against increasing debt on CNN’s State of the Union yesterday. Democrats “are in the midst of an absolutely unprecedented, very damaging spending spree on a scale that we have never seen. And they want us to come along and authorize the borrowing to help pay for it, when we are totally opposed to what they’re doing,” Toomey said.

The House-passed bill includes $26.6 billion in emergency disaster spending and a short-term extension of the National Flood Insurance Program (Greenwire, Sept. 21). Many coastal lawmakers would eventually like a spending bill to include a delay of flood insurance reforms (E&E News, Sept. 22).

At a House Budget Committee markup of the Democrat’s reconciliation package on Saturday, Republicans tried but failed to force Democrats to add a provision to raise the debt. The bill — funding Biden’s climate agenda and other domestic priorities — then advanced along party lines.

Democrats correctly point out that debt ceiling increases have almost always been bipartisan in the past and they refuse to decouple it from the CR. Privately, they fear political blowback if the debt hike is tied to reconciliation.

“Let’s hope that the Republicans will find some, enough of them, find some level of responsibility to our country to honor what’s in the Constitution, that we not question the full faith and credit of the United States of America. They know full well what the consequences are,” said Pelosi.

Pelosi noted Democrats worked with the Trump administration three times to raise the debt ceiling and said failing to act again would have a “devastating impact” on the nation’s credit rating and global economy.

The Office of Management and Budget meanwhile, told agencies last week to begin updating their shutdown plans, which covered the record 35-day shutdown in late 2018 and early 2019. (E&E Daily, Sept. 24).

Agencies are expected to furlough the bulk of their workforces not deemed essential. EPA has in the past furloughed all but around 750 of its more than 13,000 workers, Interior has carved out some exemptions to keep national parks and other federal sites open, and the Energy Department has kept some employees on at national labs in posts linked to national security. The White House has said repeatedly it does not expect a shutdown.