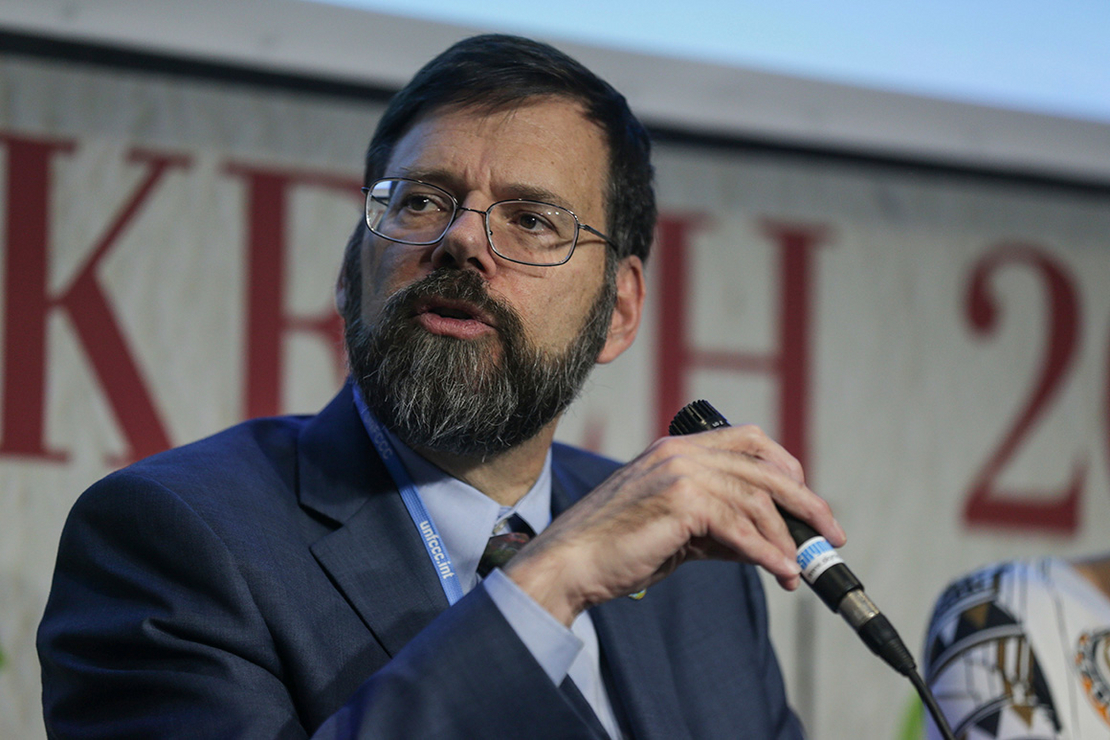 Deputy climate envoy Jonathan Pershing, a well-known climate expert and longtime diplomat, will leave his post at the State Department in February, an official there confirmed today.

Pershing, who served for the past year alongside leading envoy John Kerry, will return to the William and Flora Hewlett Foundation to direct its environment program, a post he held from 2017 to 2021 before taking the role in the Biden administration.

Kerry said in a statement that Pershing’s knowledge and experience have been indispensable as the U.S stepped back into the global climate fight.

“After four years of disengagement and distrust, we needed not just the A team but the A+ team to rebuild our credibility and diplomacy,” Kerry said. “Jonathan Pershing has lived up to the highest standards and more.”

His departure comes as the office created to help the United States navigate its climate diplomacy enters its second year on shaky footing. While the Biden administration has pushed for greater climate action from other countries, its struggle to achieve the same at home has hurt its credibility (Climatewire, Jan. 21).

Earlier this week, Kerry said the focus of his office was shifting from pushing for greater ambition to delivering on the efforts needed to reduce planet-warming emissions.

In his role, Pershing helped the United States push forward a global pledge to cut methane pollution and seal a deal with China to cooperate on cutting emissions.

Pershing brought a wealth of climate experience to his post, serving in senior roles at the World Resources Institute and the International Energy Agency and as climate envoy during the Obama administration. Together, he and Kerry worked to negotiate the 2015 Paris Agreement, which governs climate talks today.

He told The New York Times, which broke the news of his departure, that he came back to State to “create something new, recreate capacity,” in a very short time, and he felt that there had been real change from China.

“Jonathan is a visionary leader who has continually helped raise the climate ambitions of decision makers around the world,” Larry Kramer, president of the Hewlett Foundation, said in a statement announcing Pershing’s return to Hewlett.