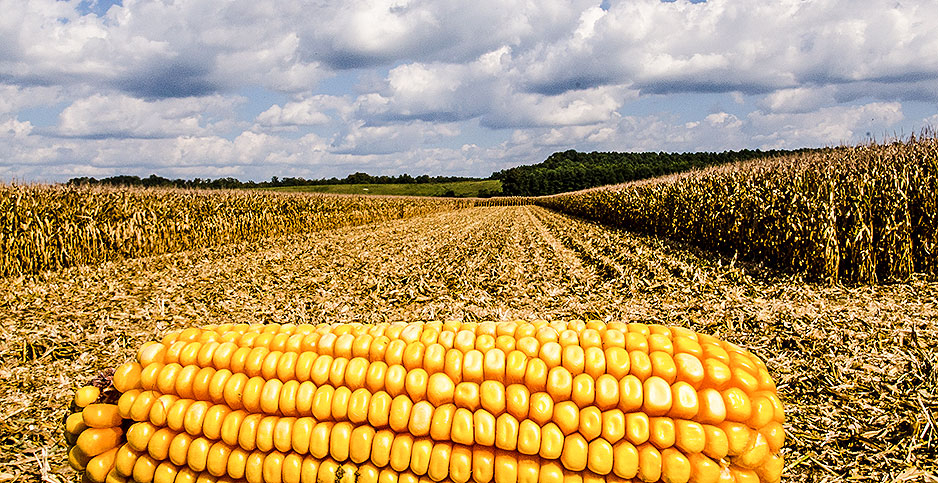 Trump-era political appointees attempted to tamper with the science underpinning an EPA decision for a popular weedkiller now under scrutiny by the Biden administration, according to sources within the agency.

EPA scientists found several years ago that the herbicide atrazine, one of the most widely used in the country, posed a concern for waterways with a history of harming aquatic wildlife including amphibians. But agency staff say that under former President Donald Trump they faced pressure to downplay that science and establish conclusions about the pesticide that would be more favorable to industry.

Three agency staffers told E&E News that efforts to review atrazine under the Trump administration became entangled in scientific integrity issues — leading to a 2020 interim decision that drew heated criticism from advocacy groups. A former pesticides program career official said the incident was part of “four years of torture” that included significant pressure and “bullying” from political appointees as they attempted to influence chemical decisions.

That official said the atrazine decision followed a major internal fight over another pesticide, dicamba, and ultimately led career staff to take matters into their own hands in an attempt to protect scientific integrity.

“We said we won’t change the studies, won’t take any numbers outside of our assessment,” said the staffer, who was not authorized to speak publicly about the issue.

Under the Federal Insecticide, Fungicide and Rodenticide Act, EPA is required to reevaluate chemicals as they undergo registration review, a process meant to ensure that their risks reflect contemporary science. EPA scientists determined in 2016 that atrazine exceeding 3.4 micrograms per liter in a watershed should trigger mitigation processes.

Industry groups strongly opposed that finding and argued for a lower threshold. Feeling pressure under Trump to throw out scientific findings that made the case for the cutoff, career officials instead opted to more heavily account for industry benefits in a 2019 regulatory update memorandum.

That memo created the basis for the agency “to regulate at a number that’s not as protective” as the threshold for atrazine that would have been reached otherwise, per the staffer involved with the process. It established a risk management approach at a regulatory level of 15 micrograms per liter — much higher than what career staff believed it should be, even as they were relieved at being able to retain crucial scientific findings in their assessment.

“At the time we were like this is a win, the science didn’t change,” said the staffer, who called the broader incident “attempted interference.”

But the decision is now facing a reversal after the agency revived the 3.4 micrograms cutoff several weeks ago. EPA spokesperson Tim Carroll confirmed that atrazine has been under discussion at the agency since President Joe Biden took office and that scientific integrity concerns have been raised by staff.

“Issues related to a 2019 evaluation of atrazine, including an accusation that the previous administration’s political leadership directed career senior managers to exclude certain ecological studies to reduce estimated risk concerns, have been discussed with EPA’s scientific integrity official,” Carroll wrote via email.

Agency staff, Carroll said, did not carry out the direction from political appointees to exclude those ecological studies, instead producing the 2019 memo.

‘We’re not gonna cave this time’

Critics of the Trump administration’s moves around atrazine have argued for some time that EPA’s approach then was deeply influenced by industry.

Atrazine is commonly used to prevent weeds that harm crops like corn and sugarcane, and farming and agriculture groups have lobbied hard for the pesticide. But opponents have expressed repeated concern about its health impacts.

Atrazine has been a major source of worry due to its tendency to migrate into rivers and streams. Some studies have suggested it is disruptive to the endocrine system, along with reproductive impacts, birth defects and potentially cancer.

Those fears ultimately fueled a political back-and-forth under Trump, with roots in a separate and more high-profile battle over the weedkiller dicamba, which has been linked to liver cancer and other severe problems.

That herbicide is infamous for drifting and affecting areas far beyond its intended target, as well as for its health implications. But the Trump administration opted to extend the use of certain dicamba products regardless of those concerns. In response to an internal watchdog report last year, Biden EPA officials acknowledged that “past senior leadership” purposefully veered away from scientific integrity practices in order to advance that dicamba policy decision (Greenwire, May 24, 2021).

The former pesticides office source said the actions around dicamba were deeply demoralizing for career staff. When atrazine became a focus in the wake of the dicamba decision, they worried the same scenario would play out again.

“We started to hear, ‘You’re using the wrong studies, you need to remove certain studies,'” said the former pesticides office staffer. “We said to each other, ‘We’ve seen this movie before, we’re not gonna cave this time.'”

Dicamba notably played out prior to the confirmation of a political appointee to lead the chemicals office. Nancy Beck, a former American Chemistry Council staffer who ended her Trump-era stint in the Office of Management and Budget after some time at EPA, was involved in that decision according to the former staffer. Beck had begun making inquiries about atrazine before she left EPA, they said, but pressure ultimately ran more through officials like Alexandra Dunn, the former head of the chemicals office, after her confirmation.

Dunn did not respond to requests for comment about scientific integrity issues around atrazine or pesticides oversight during her tenure more broadly.

Two EPA staffers said that career officials ultimately settled for a compromise of sorts for the atrazine assessment, one that would avoid the extent of the tampering that played out with dicamba. FIFRA is a risk-benefit statute, which allowed staffers to produce a memo that gave heavy weight to industry benefit over health concerns. That allowed EPA to opt for the 15-micrograms-per-liter cutoff in its 2020 interim decision, the staffers said.

That conclusion was reached despite EPA also finding in 2020 that atrazine is likely to adversely affect more than half of 1,795 threatened and endangered species. The agency made that determination in a risk assessment agreed to as part of a legal settlement with the Center for Biological Diversity (Greenwire, Nov. 6, 2020).

Advocacy groups pushed back against the Trump EPA’s determinations leading to the higher threshold for atrazine. In October 2020, a coalition including CBD sued EPA over the atrazine findings, arguing the agency did not provide enough evidence for making its decision (E&E News PM, Oct. 30, 2020). At the end of 2021, the 9th U.S. Circuit Court of Appeals granted a voluntary remand allowing EPA the opportunity to reevaluate its policy.

EPA said in its newly released proposal under Biden that it had weighed the chemical’s risks for aquatic life, in addition to economic impacts for farmers. In its announcement, the agency stated that the prior administration’s decision to opt for a higher threshold for atrazine “did not supplant the scientifically derived” level agreed upon by scientists years ago.

That followed some pushback from the Triazine Network. In a June 13 letter to current chemicals chief Michal Freedhoff, co-chairs Marshall and Greg Krissek panned the more restrictive levels as “based on shaky scientific evidence.” They praised the levels reached by the Trump administration.

Freedhoff meanwhile referenced the “confusion” over atrazine in her initial communication to the coalition, acknowledging the back-and-forth. She observed that the 2019 regulatory memo “discussed the benefits to growers that atrazine provides” but “was not determined based on an analytical assessment.” Freedhoff stood by the agency’s decision to move forward with the lower threshold.

The atrazine incident echoes other Trump-era EPA decisions that have faced major scrutiny, beyond even dicamba.

In one of the more high-profile dust-ups, EPA released a controversial risk assessment for a chemical in the PFAS family in the final weeks of the administration. That member of the per- and polyfluoroalkyl substances family, PFBS, had drawn scrutiny over its possible health implications. But under former EPA Administrator Andrew Wheeler, the agency ultimately released an assessment that advocates resoundingly panned as watered down.

The PFBS assessment was a day one priority for the Biden administration, with EPA officials working to withdraw and replace the evaluation almost immediately after the president’s inauguration. Other efforts have been more slow-going but still very much underway, including work to revisit final risk evaluations for the first 10 chemicals singled out under the overhauled Toxic Substances Control Act.

Advocacy groups have cheered those moves while arguing they could go further. Kyla Bennett, who directs science policy for Public Employees for Environmental Responsibility, said the Trump administration made “indefensible decisions” around chemicals but asserted the problems run much deeper. She cited whistleblower complaints out of the chemicals office that have sprung up under Biden and concerns voiced by staff regarding industry interference (Greenwire, Dec. 23, 2021).

“Is it better than it was under Trump? Yes, a little. But it is nowhere where we need it to be,” Bennett said. “EPA is no longer fulfilling its mission of protecting human health and the environment.”

The Center for Biological Diversity, which has been at the forefront of fights over atrazine, similarly applauded the Biden EPA’s June decision to walk back the higher threshold for the pesticide. But Nathan Donley, the group’s environmental science health director, also made it clear that the group expects more from EPA.

“The best independent science leaves no doubt that any amount of atrazine in the water is too much,” Donley said. “We’re far past the point where we can rely on half-measures to protect our most imperiled species from endocrine disruptors like atrazine.”

He concluded: “The EPA should ban atrazine right now.”