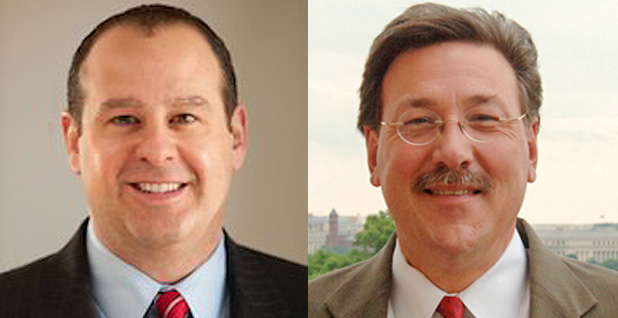 The Trump team said Myron Ebell, a well-known climate skeptic and the head of the U.S. EPA transition operation, continues to lead that agency’s team.

Several top transition team members have departed as others have taken their slots on teams overseeing energy policies and on the so-called landing teams expected to arrive this week in DOE, the Interior Department and other agencies. The shake-ups come after the Trump team announced a crackdown on registered lobbyists last week and amid a broader staffing overhaul made when Vice President-elect Mike Pence replaced New Jersey Gov. Chris Christie as head of the transition team.

The landing teams are expected to interview current agency officials about ongoing policies and make recommendations for the incoming administration about how to reverse current policies and advance its own agenda following Trump’s inauguration.

Pyle is taking over for Mike McKenna, an energy lobbyist and president of MWR Strategies, who left his post last week as head of the DOE landing team (Greenwire, Nov. 18).

Pyle isn’t currently a registered lobbyist but has lobbied in the past for Koch Industries, the National Petrochemical and Refiners Association (now called American Fuel and Petrochemical Manufacturers), and other groups. He worked on Capitol Hill for former House Majority Whip Tom DeLay (R-Texas), as staff director for the House Western Caucus and as a legislative aide to former California Republican Rep. Richard Pombo.

Domenech has taken over the lead on the Interior team, which was previously headed by another former Bush Interior official, David Bernhardt.

It’s unclear whether Bernhardt is still involved in the operation. He dropped a lobbying client Friday — a signal that he planned to continue working with the transition. Bernhardt did not respond to a request for comment (E&ENews PM, Nov. 18).

Domenech is director of the Fueling Freedom Project of the Texas Public Policy Foundation. The project’s stated mission is to "explain the forgotten moral case for fossil fuels."

Domenech was previously secretary of natural resources in Virginia under then-Gov. Bob McDonnell (R). During the Bush administration, he served at Interior as deputy chief of staff and White House liaison.

At least one of Trump’s energy policy aides has left the transition team.

Mike Catanzaro, a lobbyist at CGCN who had been working on energy policy for the transition, stepped down late last week.

"Mike felt like his time on the Trump transition had run its course and came to the decision that it was time to focus on his work at CGCN Group. While he was honored to serve on the transition team, he never harbored any hope or intention of joining the Trump administration," a source familiar with Catanzaro’s thinking said.

Rebecca Rosen, vice president of policy and government affairs at Oklahoma-based oil and gas company Devon Energy Corp., was said to be working on energy policy with Catanzaro. Devon reported Friday that Rosen would no longer be lobbying for the company, according to public disclosures, a possible signal that she intends to continue to work for the transition.

The names of additional members of Trump transition landing teams are expected to be announced this week.