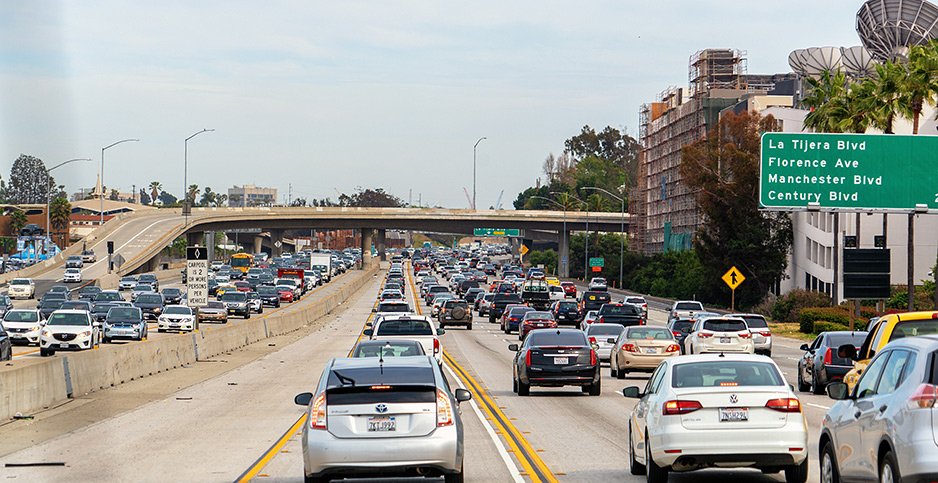 The two-part rule, which the Trump administration moved to finalize last March, is a collaboration between EPA and the Department of Transportation. It was aimed at weakening the vehicle fuel economy and greenhouse gas standards established by former President Obama in 2012 (Greenwire, March 31, 2020).

In particular, the second part of Trump’s rule required a 1.5% annual increase in the fuel economy of passenger cars, rather than the 5% increase mandated by Obama. The first part, which was finalized in September 2019, would block California from setting tougher tailpipe pollution rules than those of the federal government. Both parts are subject to numerous lawsuits from environmental groups and blue states.

"What the report confirms is that there was substantial political interference in this rulemaking that overrode agency experts and ignored strong evidence that undermined the rulemaking," said Amit Narang, regulatory policy advocate at the left-leaning watchdog group Public Citizen.

"Last year, I requested this report after my office discovered real irregularities in how the Trump Administration finalized its deeply flawed SAFE Vehicles rule. This report from the EPA Inspector General confirms those concerns and makes it clear that flawed leadership resulted in flawed policies," Carper said in a statement to E&E News.

"Like many things in life, how you conduct yourself matters. This is especially true when it comes to agencies engaged in federal rulemaking. Government actions affect the health and wellbeing of people across our country and our planet, so it’s critical that these decisions are made through a deliberate, thoughtful process."

The probe found that while EPA and the National Highway Traffic Safety Administration worked together to develop the rule, the agency’s technical personnel did not collaborate. Former EPA Administrator Scott Pruitt decided that NHTSA would perform all modeling and analysis on behalf of both agencies and have a lead role in developing the final rule. This meant the Office of Air and Radiation technical staff and resources were not fully involved in determining the greenhouse gas standards, the report found.

Ultimately, NHTSA did not share information in a timely manner, and EPA’s political leadership shared rulemaking and analysis with OAR technical personnel on a limited basis. For example, after NHTSA submitted about 1,000 pages of the final SAFE Vehicles Rule to the Office of Management and Budget for interagency review in January 2020, OAR staff members reported to their leadership that they had not seen 650 of those pages.

"From October 2019 to March 2020, no one at the EPA ever saw NHTSA’s model or input files until they were posted online," an OAR manager said in the report.

The investigation also found that senior EPA leadership failed to conduct analyses related to children’s health, environmental justice or tribal consultation in developing the final SAFE rule. OAR staffers who would typically be charged with these types of reviews reported that they were not asked to perform them.

The report also found that numerous handwritten comments from EPA staffers were excluded from the public docket. Under Section 307 of the Clean Air Act, EPA political appointees are supposed to send such comments to the White House Office of Information and Regulatory Affairs, which is supposed to include them in the publicly available rulemaking docket.

The excluded comments noted numerous "factual inaccuracies, unnecessary denigration of the EPA’s work, and clarifying language resulting from the lack of collaboration between the two agencies," according to the probe.

The watchdog office provided a number of recommendations for EPA, including that the Office of Air and Radiation and the general counsel docket any comments generated by EPA and NHTSA during interagency review from Jan. 14, 2020, to March 30, 2020. The report also recommends the agencies more clearly delineate EPA’s role in joint rulemakings, including addressing executive orders on children’s health, tribal consultation and environmental justice.