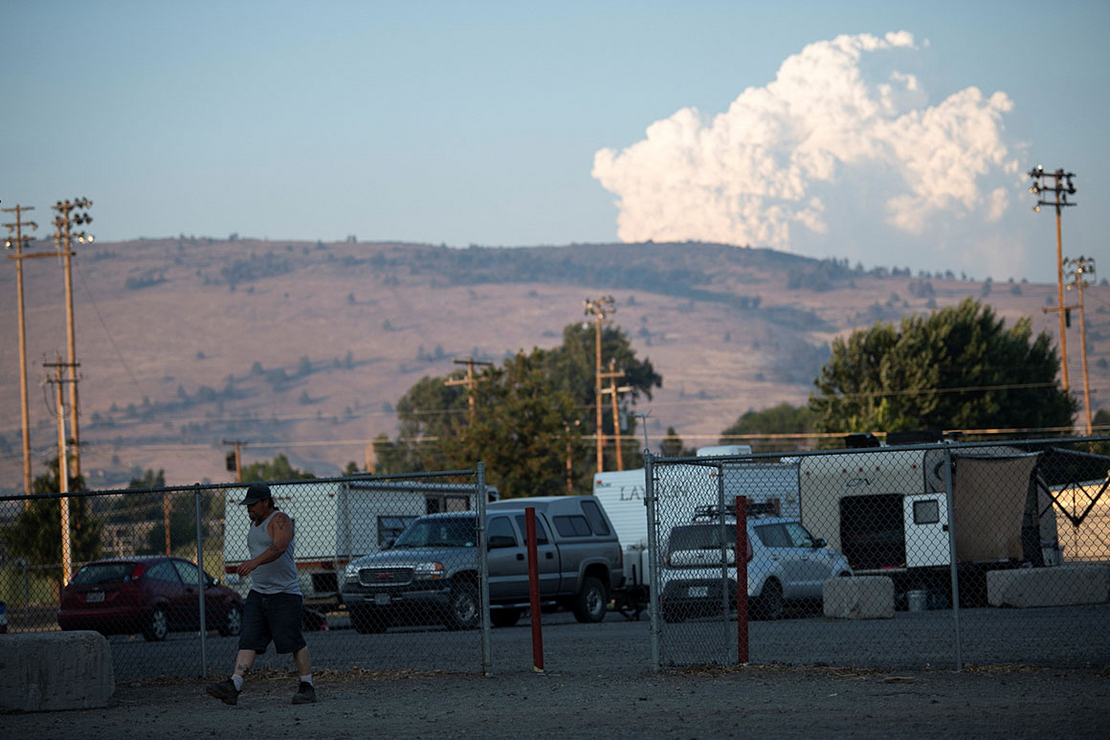 Faced with a scorching summer during which heat waves and wildfires have baked and smoked much of the country, the White House is setting up two working groups to address the climate-driven threats.

The Extreme Heat Interagency Working Group will focus on developing both short- and long-term strategies to reduce the impact of extreme heat on vulnerable communities, a White House official said. It will be co-chaired by EPA Administrator Michael Regan, Secretary of Health and Human Services Xavier Becerra and NOAA Administrator Rick Spinrad.

Its formation comes after the nation has seen been baked by successive heat waves this summer, with heat and humidity often combining to feel like more than 100 degrees Fahrenheit. The Pacific Northwest has been particularly vulnerable after a so-called heat dome set record-high temperatures at the end of June and sent nearly 2,500 people to the emergency room for heat-related problems, according to Centers for Disease Control and Prevention data. The usually temperate region is unaccustomed to triple-digit temperatures, and many homes do not even have air conditioning.

Low-income communities and communities of color are more vulnerable to the health effects of heat, which can cause deadly dehydration or heatstroke and exacerbate other chronic heart and respiratory conditions.

Lower-income people are more likely to work in jobs that expose them to the heat, either outdoors on farms or in unventilated warehouses. In urban areas, they are also more likely to live in so-called heat islands, where the lack of green spaces and too much concrete mean temperatures can be up to 10 degrees hotter than other parts of a city. What’s more, due to health care disparities, people of color are also more likely to suffer from chronic conditions like heart disease and diabetes that make them more vulnerable to heat exposure.

Experts and members of Congress have been calling for increased federal coordination to address heat waves for years. This week, Sens. Ed Markey (D-Mass.) and Alex Padilla (D-Calif.) reintroduced legislation aimed at addressing the health risks of extreme heat.

“This summer, fueled by the human-caused climate crisis, our country has experienced unprecedented extreme heat events that have killed hundreds of Americans and sent many more to the hospital,” Markey said in a statement. “Resulting in part from the practice of historic redlining, the risks of this extreme heat have fallen disproportionately on low-income communities and communities of color who have less tree cover and more pavement.”

The extreme heat, coupled with drought, is in turn driving yet another climate threat — wildfires — with 83 large wildfires currently burning more than 1.7 million acres, mostly in the West, according to the data from the Boise, Idaho-based National Interagency Fire Center.

President Biden and Vice President Kamala Harris met this morning with seven Western governors, including those from Montana and Idaho, to discuss the 2021 wildfire season.

The White House has also established the Wildfire Resilience Interagency Working Group, which will coordinate strategies for battling wildfires, including investments in forest thinning and prescribed fire. It will be co-chaired by Agriculture Secretary Tom Vilsack and Interior Secretary Deb Haaland.

More than half the current large blazes — 42 wildfires — are in Idaho and Montana. None of the wildfires in those two states, which have charred nearly 480,000 acres, are contained.

In total, nearly 22,000 wildland firefighters, and many other support personnel, are working to battle the blazes nationwide.

If there’s any consolation, the number and size of wildfires so far this year pale in comparison to 10 years ago, when 45,397 fires had scorched more than 6 million acres through July 30, 2011, according to NIFC data.

These fires are being driven, in part, by extreme heat and drought conditions across the West.

Currently, the “well above normal temperatures in much of California, the Pacific Northwest, and Northern Rockies” exacerbate the wildfire threats, NIFC reports.

The near-term outlook for wildland fire potential does not look good for August.

The potential wildfire risk next month remains “above normal” for the entire Pacific Northwest and most of California, stretching across the Great Basin and Northern Rockies and as far east as Minnesota, according to maps produced by NIFC’s Predictive Services program.