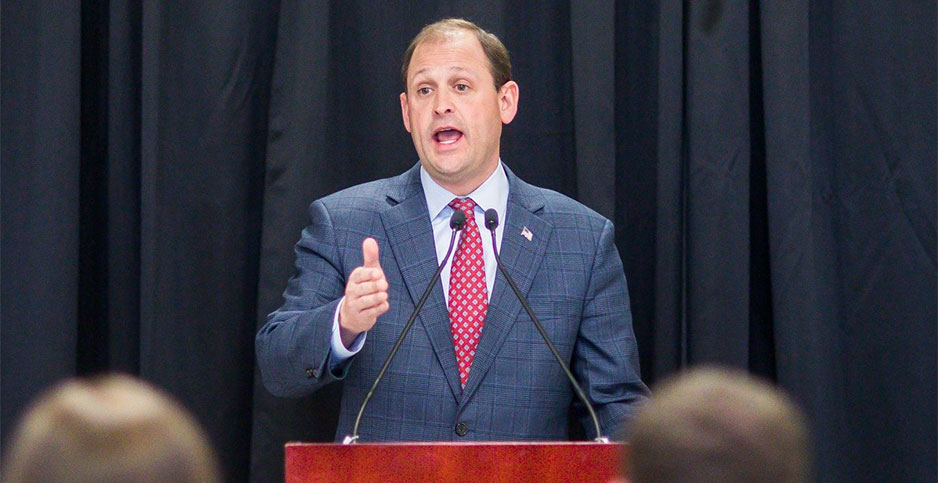 Rep. Andy Barr (R-Ky.) is pushing a new bipartisan infrastructure proposal. The coronavirus has led many lawmakers to call for investments in infrastructure. Barr/Facebook

As the White House considers an economic stimulus, lawmakers from both sides of the aisle are voicing support for an infrastructure bill to juice the economy.

His call was echoed yesterday by both Democrats and Republicans who remain keen on modernizing the country’s aging network of roads and bridges.

Rep. Rodney Davis (R-Ill.), the ranking member on the House Transportation and Infrastructure Subcommittee on Highways and Transit, said the issue is perennially important, regardless of the outbreak of the novel coronavirus that has roiled global markets.

"I think absolutely, infrastructure should be part of it," Blumenauer said yesterday. "I think we should be looking at the model that we had for the Recovery Act, which had a significant — not enough — infrastructure, but had it, and that had the greatest impact per dollar on the economy."

Transportation and Infrastructure Chairman Peter DeFazio (D-Ore.), who is leading his panel’s work on a surface transportation bill, said now is an "ideal time" to invest in infrastructure because the federal bonds needed to finance projects are at record lows.

"Basically, this is the time to borrow what we need to do my very ambitious surface bill," he told reporters yesterday.

In a bid to jump-start the conversation, Reps. Andy Barr (R-Ky.) and Derek Kilmer (D-Wash.) yesterday led 10 Democrats and 10 Republicans in releasing a bipartisan proposal for infrastructure reform.

"As you are aware, the United States currently faces a $2 trillion deficit in our nation’s infrastructure and the American Society of Civil Engineers has given our infrastructure system a near failing grade of D+," they wrote.

"For the sake of protecting public safety, upgrading America’s channels of commerce, and boosting economic growth across every community in this nation — rural, suburban and urban — the time has come to rebuild our nation’s aging and crumbling infrastructure," they added.

The second involves updating the federal gas and diesel tax, which hasn’t been increased since 1993, and studying a transition to a vehicle miles traveled (VMT) fee.

The third and fourth parts entail creating a short-term infrastructure grant program for local communities and expanding access to broadband in rural areas.

Barr was set to address reporters about the proposal yesterday evening, but the pen-and-pad session was canceled.

In his budget request, President Trump offered funding for infrastructure and reiterated a push for faster permits (Greenwire, Feb. 10).

No progress on pay-fors

Despite the bipartisan enthusiasm, Congress remains deadlocked over how to pay for an infrastructure package — a thorny situation that Davis acknowledged would complicate the path forward.

"The key is going to be: How do we pay for it? And that’s a debate I think a lot of us are willing to have," Davis said. "But we have yet to have the opportunity to do so."

Republicans generally oppose raising the federal gas and diesel tax, and lawmakers have failed to reach a consensus on transitioning to a VMT fee.

"We came to the conclusion that we would never get the vehicle miles tax for trucks included, so that takes us back to kind of a grab bag of revenue measures, and we haven’t settled on anything" he told E&E News last week (E&E Daily, March 5).

Grassley said yesterday that relevant committee leaders hoped to meet Tuesday with Senate Majority Leader Mitch McConnell (R-Ky.) about infrastructure pay-fors, but the meeting was postponed due to Trump’s visit to the Hill.