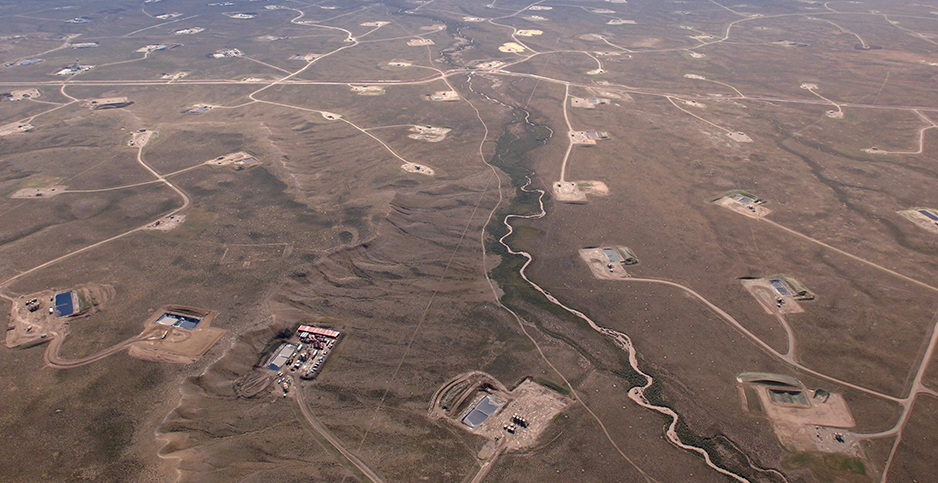 Last year, as the Trump administration worked to finalize a rollback of Obama-era regulations on oil field methane emissions, a series of major oil companies wrote EPA to express their displeasure.

BP PLC, meanwhile, noted several industry groups had established initiatives to reduce methane emissions but said those efforts were "not enough to solve the problem."

"These efforts will not have the industry-wide impact that we need and will not satisfy investors, consumers, policymakers or other stakeholders," BP wrote. "The best way to help further minimize methane emissions industry-wide and gain the confidence of a diverse group of stakeholders, is through direct federal regulation of new and existing sources."

They reflect a wider shift across the energy sector in recent years. Oil companies, utilities and automakers have embraced plans to reduce emissions and tackle climate change.

The shift could offer President-elect Joe Biden’s climate agenda a significant boost, as he prepares to encounter a closely divided Senate and a more conservative judiciary.

But how far companies are willing to push their support for federal climate initiatives remains to be seen, with the incoming Biden administration prepared to test their commitment on a range of issues. Those include methane emissions from oil wells, carbon dioxide output from power plants and tailpipe emissions from vehicles.

The change in administration follows four tumultuous years, which have seen companies diverge over the question of how to tackle federal climate regulations.

Car companies have tangled in legal brawls over Trump administration environmental rollbacks — most notably attempts to scale back on vehicle tailpipe emission standards. Utilities often have found themselves divided over EPA’s effort to roll back carbon standards under Trump.

Resolving those intramural industry disputes may be a significant factor in determining whether Biden can implement new regulatory measures or build support for his agenda in Congress.

"I certainly would expect big companies that have made big climate commitments to be careful and cautious about objecting to any new rulemaking that is reasonable and fair," said Bracewell LLP partner Ann Navaro, "and would, perhaps, look to work with the Biden administration to try to craft additional regulation that would be acceptable to industry."

The energy industry is not a monolith, and it has rarely spoken with one voice in Washington. But the last four years have been notable for the level of discord between companies.

The dynamic was on display last year when the Association of Global Automakers, which includes General Motors Co., Toyota Motor Corp. and Fiat Chrysler Automobiles NV, threw its support behind the Trump administration’s attempt to strip California of its waiver to set its own car emission standards (Climatewire, Oct. 29, 2019).

Not all Global Automakers members were on board with the intervention. Honda Motor Co. declined to join the fray with its member companies and was one of four major manufacturers to fly against the Trump administration and sign a separate deal with California to honor stricter standards for cars and trucks despite the rollback (Greenwire, July 25, 2019).

GM deepened the rift last week when the company announced that it would be withdrawing from the litigation completely.

"We are confident that the Biden Administration, California, and the U.S. auto industry, which supports 10.3 million jobs, can collaboratively find the pathway that will deliver an all-electric future," GM CEO Mary Barra said in a letter to green groups. "To better foster the necessary dialogue, we are immediately withdrawing from the preemption litigation and inviting other automakers to join us."

But other power companies have joined environmentalists and public health advocates in challenging the replacement measure, also known as the ACE rule. Consolidated Edison Inc., Exelon Corp., Pacific Gas and Electric Co., and a slew of other utilities harpooned EPA’s "erroneous conclusion" that Section 111 of the Clean Air Act limits agency powers over emissions reductions.

"EPA’s newly fabricated interpretation is inconsistent with the statute’s text, structure, and purpose and would preclude consideration of the primary means by which the power sector and Power Company Petitioners have actually reduced and will continue to reduce emissions from affected fossil fuel-fired generating units," the companies said in their opening brief.

The oil industry, for its part, has long witnessed a division between larger companies — which produce, refine and distribute crude — and smaller companies that simply produce it.

That gap has widened in recent years, observers said. Major firms have established a series of industry efforts like the Oil and Gas Climate Initiative in an attempt to curb methane emissions and address investors’ concerns over companies’ climate risks. American oil majors like Exxon Mobil Corp. and Chevron Corp. have joined their European peers in that group.

Smaller producers, by contrast, have been battered by a weak market and Wall Street’s growing concerns over frackers’ growing debt and inability to deliver on promised returns. That has led many companies to refrain from investing in methane mitigation, despite considerable advancement in the technology to identify leaks, said Alex Dewar, an analyst who tracks the industry at Boston Consulting Group.

"Really in the last four years the gulf has widened," he said. "That is the landscape, and the question is how will those type of players react to a Biden administration’s rulemakings on this."

Industry trade groups have been particularly hostile to methane regulations and championed the Trump rollback of standards on new wells.

They argued EPA had failed to designate methane as a dangerous pollutant and failed to provide the legal rationale for expanding its standards to transmission and storage facilities.

The Trump rollback removed methane from the regulation to focus solely on volatile organic compounds. VOCs, as they are often called, are a group of pollutants that can cause smog. They are often emitted in conjunction with methane.

In a statement, the American Petroleum Institute touted companies’ efforts to reduce emissions, saying industry-led initiatives such as its Environmental Partnership had helped reduce emissions 70% over the last decade.

"We look forward to working with the Biden administration on policy solutions that enable further methane emissions reductions that are consistent with the Clean Air Act," said Frank Macchiarola, API senior vice president for policy, economics and regulatory affairs.

The Independent Petroleum Association of America, a trade association whose members include smaller producers, has vigorously fought tighter methane rules on the grounds the requirements would impose an undue economic burden on the operators of low producing wells.

Lee Fuller, IPAA vice president, said his organization was open to finding compromises but expressed wariness about calls for new rules on existing wells in particular. The Obama administration released a plan regulating new wells and had just begun exploring a rule for existing wells when Trump won the 2016 election.

"There could be a way if the new Biden administration can get past the rhetoric it has already put out on this issue and the most aggressive environmental groups that want to shut down these 750,000 wells," Fuller said, referring to the number of low-producing oil and gas wells nationally.

He nevertheless was pessimistic that compromise might be found.

"The extremeness of policy debates make it hard to come to compromises," Fuller said. "As soon as you start moving away from your starting position you start suffering extreme political challenges."

There are several notable differences in the methane debate from the Obama years. The first is advancements in sensors, drones and satellites able to measure methane emissions. The second is the support from major oil producers to not only implement regulations on new wells but expand it to existing wells.

"Some of the regulatory rollbacks that we’ve seen under the current administration haven’t actually benefited our industry," she said in comments reported by World Oil.

A spokesman for BP said the company is working to install methane monitoring at all its major oil and gas processing sites by 2023 in attempts to cut methane emissions 50% and achieve net-zero greenhouse gas ambitions by 2050.

"As we’ve outlined in recent years, bp believes methane should be directly regulated by the EPA," Jason Ryan, a company spokesman, wrote in an email. BP "shares the president-elect’s net zero ambition and we will work with the new administration to advance this goal, including advocating for the direct federal regulation of methane."

Greens welcomed the change in posture, noting it comes as investors and consumers pressure companies to clean up their operations. Advocacy from BP and Shell changes the political contours of the debate around methane, said Ben Ratner, a senior director at the Environmental Defense Fund.

"It marginalizes and reveals as extreme the voices that remain in opposition to commonsense, cost-effective standards that reduce natural gas leaks, he said.

Still, he said the industry has considerable work to do. Exxon has signaled support for new regulations, but it is unclear what the company would support. Chevron remains in opposition to new standards. And much of the work done by the likes of BP and Shell is counteracted by trade groups, Ratner said.

"API and IPAA have been huge and steadfast opponents of methane regulation catering to the lowest common denominator among their membership base," he said. "What that has contributed to, in addition to regulatory rollbacks, is an erosion of confidence of investors and public in this industry to operate responsibility. They did themselves a disservice and have a major hole to climb out on climate and decarbonization."

Perhaps one of the best illustrations of how the industry has changed in recent years can be found in Wyoming, where EPA officials under Obama battled natural gas producers over unhealthy ozone levels in the western part of the state.

Those fights led Jonah Energy LLC, one of the region’s largest gas producers, to implement a series of measures to cut back on methane and VOCs.

The company also has signaled its openness to working with federal regulators. Paul Ulrich, a Jonah Energy executive, expressed sympathy for the challenges facing small operators and said federal rules need to reflect their circumstances.

But, he added, "if you have operators that are unwilling to make progress, we need to provide that foundation to move the entire industry. If we are going to survive and thrive as an industry we need to get clean much faster."