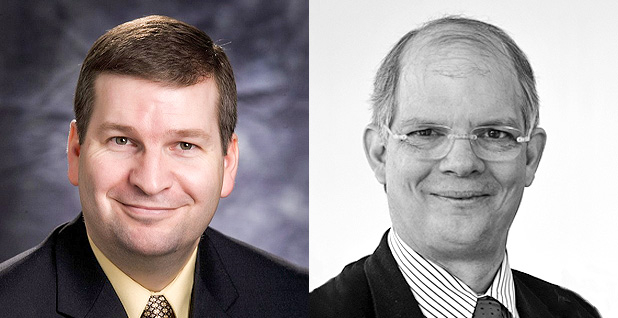 The rosters for the Clean Air Scientific Advisory Committee and the Science Advisory Board posted online this morning appear to reflect the impact of restrictions put in place this week by agency chief Scott Pruitt. The new policy bars current recipients of EPA grants from serving on any agency advisory committees and effectively ends a tradition of appointing members to two consecutive three-year terms. The newly released lineups largely dovetail with an advance copy obtained earlier this week by E&E News.

"To ensure that EPA is receiving the best independent scientific advice, I am appointing highly-qualified experts and scientists to these important committees," Pruitt said in a press release.

He had already announced the appointment of Colorado-based consultant Tony Cox to chair the Clean Air Scientific Advisory Committee (CASAC); the lists released today show that Cox will also serve as a rank-and-file member of the Science Advisory Board (SAB).

Among more than a dozen other new appointees to the SAB are Merlin Lindstrom of the Phillips 66 Research Center in Oklahoma; Larry Monroe, recently retired chief environmental officer of Atlanta-based Southern Co.; and Bob Blanz, water division chief for the Arkansas Department of Environmental Quality.

Similarly, Pruitt had this week named Michael Honeycutt, toxicology director at the Texas Commission on Environmental Quality, to head the SAB.

Also new to the Clean Air Scientific Advisory Committee, which advises EPA during periodic reviews of the air quality standards for ozone and other major pollutants, are James Boylan, a senior air branch manager at the Georgia Environmental Protection Division, and Larry Wolk, executive director of the Colorado Department of Public Health and Environment.

The position of CASAC chair was already vacant after Ana Diez Roux, a Drexel University epidemiologist, rotated off as her second term expired at the end of September. But Pruitt removed two other members, Ron Wyzga of the Electric Power Research Institute and Donna Kenski, a data analyst at Lake Michigan Air Directors Consortium, to make way for the other two new appointees.

In an interview this morning, Kenski called the process "a travesty." She said she had noted to EPA that while the consortium receives EPA funding, it is routed through state governments, a category exempted from Pruitt’s new policy, but got no effective response.

After serving a prior stint on the CASAC some years ago, Kenski had again been named to the panel last year by then-EPA Administrator Gina McCarthy over the objections of Sen. Jim Inhofe (R-Okla.). Inhofe’s former chief of staff Ryan Jackson now works for Pruitt in the same capacity.

Her ouster this week from the CASAC now presents "an interesting confluence of events," Kenski said, but she added that she’s not privy to any information beyond what she has received from EPA.

EPA today also announced new members of its Board of Scientific Counselors (BOSC), a panel that advises the agency on its research programs.

Paul Gilman, chief sustainability officer for waste management giant Covanta, is listed as chairman of the science board. Deborah Swackhamer, the previous chairwoman, is listed as a member.

Swackhamer has been critical of Pruitt and EPA under the Trump administration after the new EPA chief decided against renewing the terms of several BOSC members earlier this year. She found out she was demoted earlier this week after reading a news article on her phone in the Zagreb, Croatia, airport (Greenwire, Nov. 1).