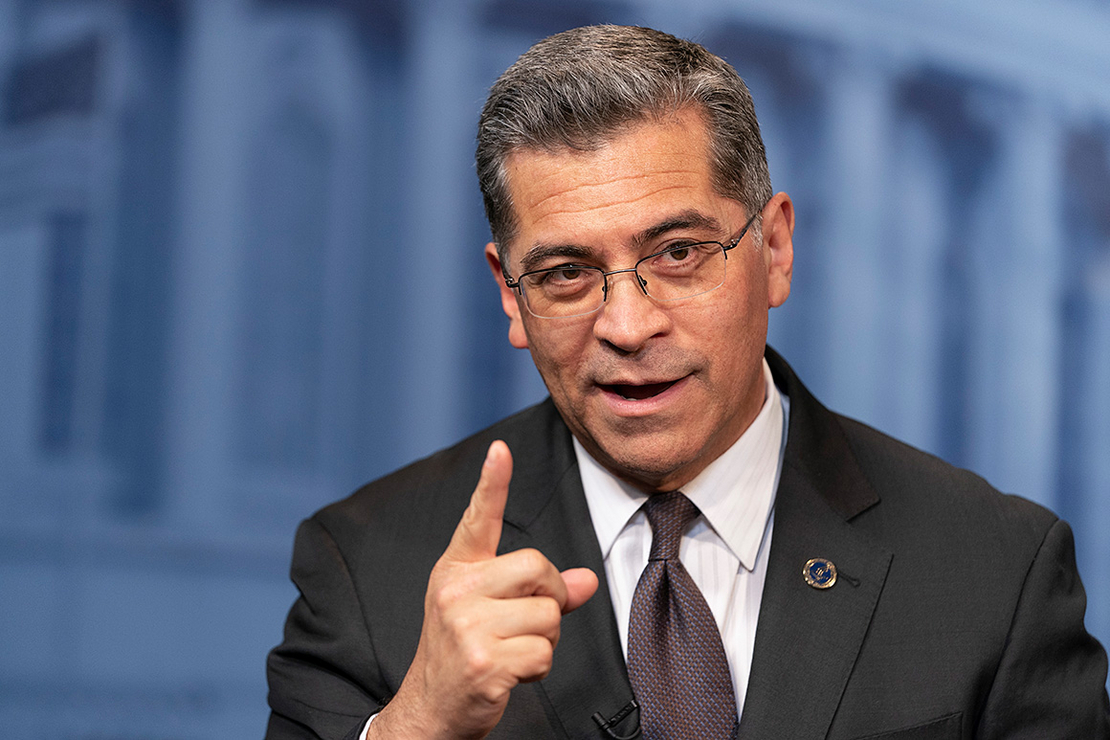 Editor’s Note: We published a story March 30 that erroneously reported that HHS did not include $100 million for climate research at the National Institutes of Health in President Joe Biden’s budget. The original story was based on information we had at the time of publication. We obtained information April 5 showing that the money was in fact included in the budget. E&E News standards require we verify this information. We regret the error. A corrected story is published below.

New documents detailing President Joe Biden’s budget request reveal that the administration is, in fact, requesting a $100 million increase in funding for climate change research at the National Institutes of Health.

That’s a request the Biden administration also made in fiscal 2022, but this year’s request wasn’t immediately discernable from high-level budget proposal documents released last week. Last year, the “Budget in Brief” summary from the Department of Health and Human Services highlighted its $100 million request for NIH climate research, but this year that summary did not. Detailed budget documents from the Office of Management and Budget for NIH also released last week showing that the administration was asking for an $18 billion increase in the NIH budget overall made no mention of climate change, either.

But now, newly released documents from NIH itself to justify the budget request to Congress show that the research institution does intend to spend $100 million of its proposed funding increase on climate change research.

“Climate change impacts are the concern of the NIH as a whole,” the document says. “For this reason, NIH is developing an ‘all of NIH’ approach to building a solutions-driving climate change and health strategic framework that will build on past research investments.”

That framework will look at how the health factors “contribute to individual and community susceptibility,” among other things.

The $100 million requested boost would go to the National Institute of Environmental Health Sciences, which is requesting an overall $117 million funding boost over 2022 levels. Some $90 million would go to the Climate Change and Human Health Program at NIEHS, with the remaining $10 million being distributed to intramural research and research management and support programs.

The congressional budget justification document for NIEHS describes climate change as “the companion crisis to COVID that continues to emerge as an increasingly urgent global threat to human health.” It lists the myriad ways that climate change can harm health, from worsening heat waves to increasing the incidence of harmful algal blooms, to exacerbating and creating new mental health stresses.

“NIEHS recognizes the urgency of increasing our understanding of climate change threats to populations,” the document says.

The request for $100 million in new funding for NIH research is a repeat from the Biden administration’s fiscal 2022 proposal. Congressional appropriators did not provide that extra funding in the recently enacted omnibus spending bill.

The additional details on the budget request were not publicly available early last week when HHS released its high-level budget request documents. When those were released on March 28, making no mention of a requested $100 million boost for NIH climate change research, E&E News asked HHS press officials specifically why the Biden administration had not repeated the request from fiscal 2022. E&E News also asked HHS for comment on why its available fiscal 2023 budget documents mentioned the phrase “climate change” far less frequently than the prior year and asked, “Is climate change still a priority for HHS?”

It is still unclear why HHS did not clarify its budget proposal when asked about it last week. HHS press officials did not respond to E&E News’ question about that today.

But the newly released NIEHS and NIH documents make clear that climate change research is still a priority for the agencies — even if HHS did not highlight the funding request this year.

NIH’s request notes that the agency’s Climate Change and Human Health Working Group has recently asked the public for feedback on how it could enhance research on the health implications of climate change. The NIEHS will also lead “collaborative research” on climate change and health and has already developed a Disaster Research Response Resources Portal to help quickly collect data during and immediately after extreme weather and disaster events. NIEHS also has a “Research to Action” grant program that allows scientists to work with community organizations to address environmental health concerns and “translate research findings into an action plan.”

“The future of climate research will depend on tools and programs that bring together researchers and communities to learn about and address common concerns,” the NIH request says.

NIEHS is also leading the NIH’s Climate Change and Health Initiative, which the institute’s request says “will greatly expand research efforts in this area, empowering scientific discovery and innovative solutions to the existential threat of climate change to human health.”