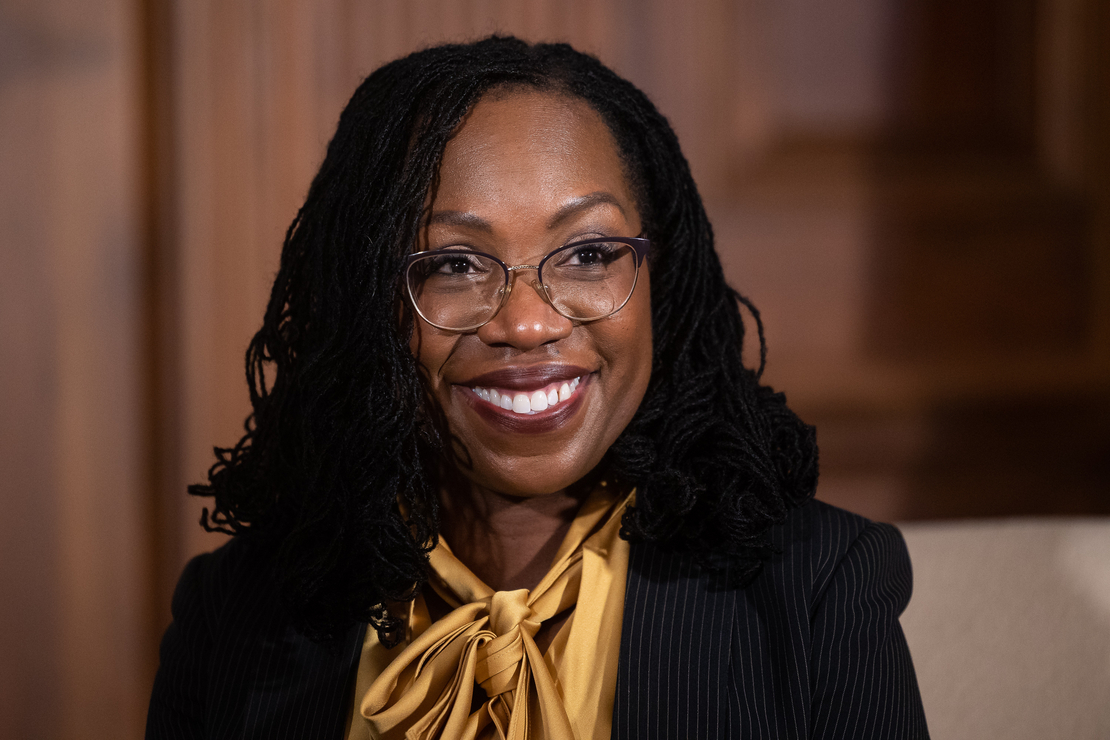 Like Breyer, for whom she once clerked, Jackson has a reputation as a pragmatic jurist who often — but not always — rules in favor of environmental interests. She took her oath less than two hours after Breyer joined the rest of the court’s three-member liberal wing in opposing limits to climate regulation in the blockbuster case West Virginia v. EPA (see related story).

“There will be a formal investiture in the fall,” Roberts said. “But the oaths will allow Justice — Judge — Jackson to undertake her duties, and she’s been anxious to get to them without any further delay.”

The first Supreme Court case in which Jackson, 51, will hear oral arguments is Sackett v. EPA, another high-stakes environmental battle that has the potential to curb federal protections for the wetlands and waterways (Greenwire, June 14).

The Harvard College and Harvard Law School graduate served less than a year on the D.C. Circuit before she was nominated to the Supreme Court, but she built a robust record as a moderate judge during her years on the D.C. District Court (Greenwire, Feb. 25).

In one of her most notable environmental rulings, Jackson in 2019 found that she did not have jurisdiction to consider a challenge by the Sierra Club and other groups against the Trump administration’s efforts to exempt itself from bedrock environmental laws to build barriers along the U.S.-Mexico border.

She wrote at the time that “Congress has spoken in no uncertain terms about the limits of judicial review” in such cases (Greenwire, Sept. 5, 2019).

In another 2019 case, however, Jackson famously took aim at then-President Donald Trump for his efforts to block then-White House counsel Don McGahn from testifying in a congressional impeachment investigation.

“Stated simply,” Jackson wrote at the time, “the primary takeaway from the past 250 years of recorded American history is that Presidents are not kings.”

Confirmed in April, Jackson received a bipartisan Senate vote for her Supreme Court nomination. During her confirmation hearings, she faced wide-ranging criticism from Republican lawmakers, including accusations from South Carolina Sen. Lindsey Graham — one of the GOP lawmakers who had previously voted to confirm Jackson to the D.C. Circuit — that her Supreme Court nomination was the result of the influence of dark money groups (E&E Daily, March 23).

Former House Speaker and Republican vice presidential candidate Paul Ryan of Wisconsin, who is related to Jackson by marriage, has sung the judge’s praises.

“Our politics may differ, but my praise for Ketanji’s intellect, for her character, and for her integrity, is unequivocal,” Ryan tweeted when Jackson was nominated to the high court in February.

Breyer capped his nearly 30 years on the Supreme Court today by defending EPA’s authority to broadly regulate power plant emissions after the six-member conservative majority flexed its muscle in West Virginia against a significant climate regulation.

His departure does not shift the court’s ideological balance, but it avoids a deeper cut to the diminished liberal wing.

Breyer, 83, had a knack for crafting creative hypotheticals during oral arguments and a talent for building bipartisan consensus when it came time to decide cases (Greenwire, Jan. 27).

In one of his most notable environmental rulings — County of Maui v. Hawaii Wildlife Fund in 2020 — Breyer came up with a new legal test to determine when the Clean Water Act applies to pollution that moves through groundwater, avoiding what was expected to be a massive loss for green groups in the case.

He has also dealt some blows to environmentalists, such as in the 1998 case Ohio Forestry Association Inc. v. Sierra Club, which blocked a challenge to a Forest Service management plan.

Breyer was the last remaining member of the Supreme Court’s five-justice majority in the 2007 case Massachusetts v. EPA, which recognized the federal government’s authority to regulate greenhouse gas emissions as air pollutants under the Clean Air Act.

The court’s decision today in West Virginia cuts away at that precedent.