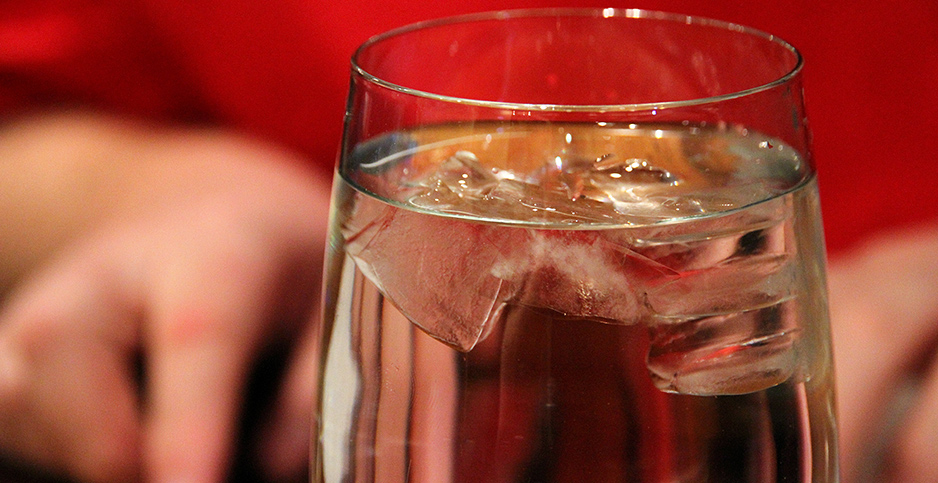 Three years ago, staff in EPA’s Midwest office sent a warning to headquarters about regulations that prevent lead in drinking water: Even when followed perfectly, the standards weren’t protecting public health.

"Proper implementation and compliance with the [Lead and Copper Rule] may not provide certainty that the public is protected from elevated levels of lead, particularly in communities with lead service lines and particularly with regard to susceptible populations such as young children," then-acting Region 5 Administrator Robert Kaplan wrote in a 2017 memo to then-acting Assistant Administrator for the Office of Water Michael Shapiro.

The memo — sent as EPA was working to revise lead standards — is an effective indictment of the 1991-era regulation, explaining how everything from water sampling procedures to the allowable amounts of lead in water leaves gaping holes in protections that have contributed to public health crises across the Midwest, including in Flint, Mich.

EPA proposed its revamp of the Lead and Copper Rule last fall. That revision addresses many elements of the regulation Kaplan critiqued.

But it does not follow one key recommendation: that the agency establish health-based limits on lead in drinking water.

"It’s disappointing because EPA had this memo for two years and it lays out really clearly what is needed for a Lead and Copper Rule that is actually protective and actually can help us address lead exposure," said Mae Wu, food, chemicals and water advocate for the Natural Resources Defense Council, who recently obtained the memo and shared a copy with E&E News.

At the foundation of the Lead and Copper Rule is its 15-parts-per-billion "lead action level."

Utilities don’t violate the rule if lead concentrations in drinking water are higher than that standard. Rather, they only are in violation of the rule if they fail to reassess their corrosion control techniques and begin replacing lead pipes if concentrations of the potent neurotoxin reach 15 ppb for at least 10% of taps tested.

When EPA devised the standard in 1991, it recognized that no amount of lead is safe to ingest and included an unenforceable "goal" of having zero lead in drinking water.

The 15-ppb standard was devised as a compromise with the water utility industry. At the time, the Centers for Disease Control and Prevention had a 10-micrograms-per-deciliter threshold for blood lead levels in children and infants, and EPA calculated that its 15-ppb action level for lead in water would result in less than 5% of children younger than 7 years old with blood lead levels exceeding that threshold.

Thirty years later, a lot has changed. In 2012, for example, CDC lowered its blood lead level threshold to 5 micrograms per deciliter. And public health advocates have long said EPA should reconsider the 15-ppb action level, given new health information about lead and new techniques for preventing lead in drinking water.

Though it wasn’t intended as one, Kaplan wrote, the 15-ppb standard has "been used by many as a default measure of safety."

"However, there is no evidence to support a conclusion that lead levels in drinking water near the 15 ppb are safe, especially for sensitive populations," he said.

Accordingly, he told EPA’s Office of Water, a "crucial consideration" in any revised lead regulations "is relating the lead action level (and recommended actions/controls) to levels that have a connection to public health."

Kaplan described how the 15-ppb standard "complicates" EPA’s ability to tell communities when water is safe to drink, when bottled or filtered water should be used, and when such precautions are no longer necessary.

"We found the absence of a health-based number to be an especially challenging problem that impacted every aspect of the crisis in Flint," Kaplan wrote.

EPA employees, he wrote, are often unsure how to answer even basic questions like "Exactly at what point should the water system be considered unsafe?" and "At what levels or upon what combination of factors may regulators state with a measure of confidence that the water quality has ‘returned to normal’ or ‘safe’ levels? For what populations?"

The revamped Lead and Copper Rule that EPA released last October addresses many other aspects of the original regulation Kaplan expressed concern about. For example, it prohibits certain kinds of tap water sampling that Kaplan wrote can underestimate lead concentrations and falsely show utilities as being in compliance with the rule. The rule also no longer allows utilities to count replacing only portions of lead pipes toward lead service line removal requirements.

But the new rule doesn’t change the 15-ppb action level. Instead, it adds a new so-called "trigger level," which would require utilities to consult with states once lead levels hit 10 ppb in tests.

Asked why EPA didn’t consider lowering the action level or implementing a health-based standard for lead in drinking water, an EPA spokesman defended the agency’s proposal, saying it "takes a proactive and holistic approach to improving the current rule."

He acknowledged that "there is no safe level of lead exposure" and that "EPA’s action level exceedance is a measure of the effectiveness of the corrosion control treatment and is not a standard for establishing a safe level of lead in a home."

The new trigger level, he said, is meant "to require more water systems to take a progressive set of actions to reduce lead levels at the tap and to be prepared if they exceed the action level in the future."

EPA ‘confused the issue even more’

The trigger level has been criticized by public health advocates and water systems alike for creating confusion.

Betsy Southerland, who headed EPA’s Office of Water’s Office of Science and Technology until retiring in 2017, said EPA should lower the lead action level and jettison the new trigger level concept.

"We at least want them to redo the rule to the point that you are looking at the 10 ppb as the action level, rather than the 15 ppb," said Southerland, who is a member of the Environmental Protection Network of former agency employees. "At a bare minimum, you should stick with a lower, single number."

Wu, who represented Newark residents during a drinking water crisis there, said the lead action level has always been difficult for communities coping with elevated drinking water lead levels to understand.

By instead creating a new trigger level, Wu said, EPA "has just confused the issue even more."

The American Water Works Association, which represents drinking water utilities, also argues that the trigger level will be confusing and noted in comments to EPA that the metric "is not a health-based or feasibility-based standard."

"There is good reason for concern as the proposal sets yet another decision criteria for the public to misconstrue as a level of health concern," the group wrote.

Jeff Cohen, who managed the team that wrote the 1991 Lead and Copper Rule, said the regulation was seen as "progressive" at the time because it required utilities to sample for lead in drinking water at the tap, rather than at treatment plants.

"Because lead was still pervasive in plumbing materials, we required testing at the tap inside homes, which was then a new concept for EPA’s drinking water program," he said. "Our approach targeted the highest risks — relatively new lead solder, lead service lines and first-draw water."

Though the 15-ppb standard was seen as protective of human health at the time, Cohen agrees that EPA should have reconsidered the standard this time around.

In particular, he believes EPA should have considered setting not an "action level" but a "maximum contaminant level," meaning utilities exceeding the level would automatically violate the rule.

The "rationale in 1991 for rejecting the option to set a maximum contaminant level at the tap no longer holds today," he wrote in formal comments to EPA.

"As of 2020 it is possible that water systems can be held responsible for the sources of lead contamination in drinking water, specifically corrosive water interacting with lead service lines," he wrote. "The complexity in both the current rule — however necessary at the time — and the recent proposal creates potential for confusion and delays in implementation."

Setting a lower maximum contaminant level would involve reviewing data related to lead control techniques and exposure risks for kids, which could delay a final standard. But Cohen said it would be worth it.

"In deciding the right form for the standard," Cohen said in an interview, "the key issue is the degree to which it can be effectively implemented and enforced. It is important to take the time and get it right."

Kaplan’s memo bolsters other criticisms public health advocates have lobbed at EPA over the revised Lead and Copper Rule.

The revamped proposal does address many elements in the rule that Kaplan highlighted as contributing to public health emergencies. For example, it prohibits certain kinds of tap water sampling that Kaplan wrote can underestimate lead concentrations and falsely show utilities as being in compliance with the rule. The rule also no longer allows utilities to count replacing only portions of lead pipes toward lead service line removal requirements.

But the rule does not address every sampling measure Kaplan and others have criticized. For example, it still requires utilities to test the first liter of water that exits a tap when studies have shown that testing the sixth liter of water more accurately determines lead concentrations.

What’s more, the Trump administration’s proposal decreases the rate at which a utility must replace lead service lines once the lead action level is exceeded — from 7% to 3% annually.

"Over and over again, this memo lays out the ways we are missing where there are really dramatic levels of lead in peoples’ homes, and highlights that a lot of things we have been saying, we were right," Wu said. "It’s just disappointing that many of these things didn’t show up in the new proposal."