Trump storms back onto the energy scene 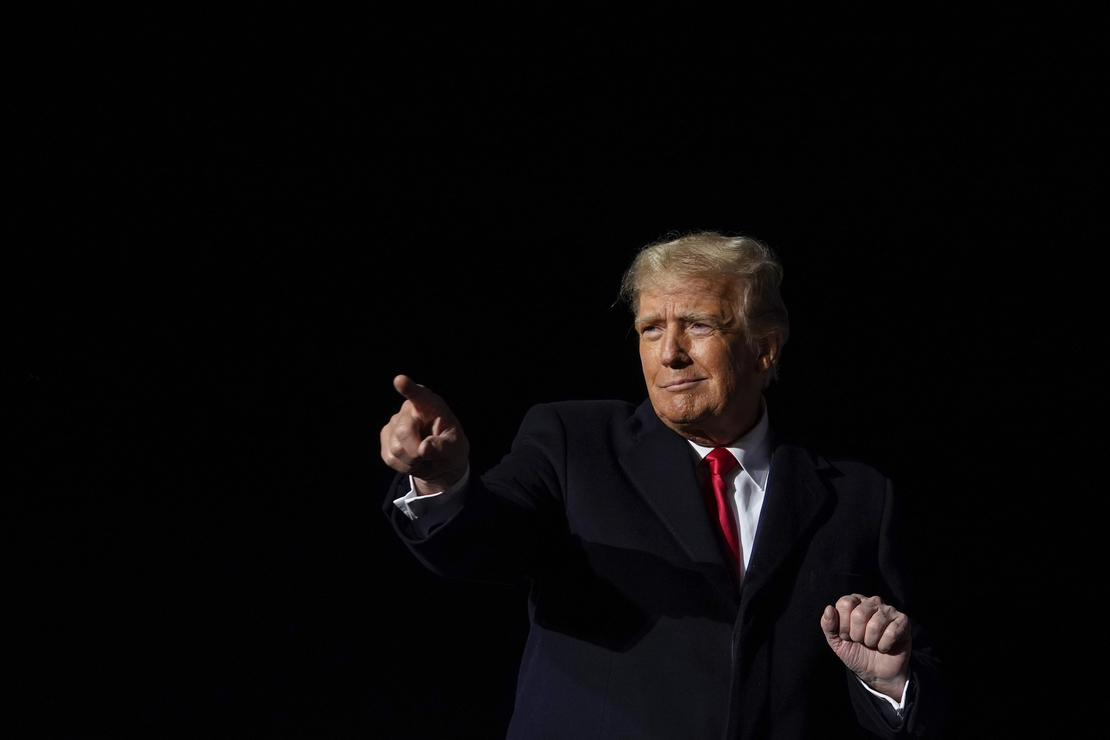 Donald Trump is about to charge back into the energy policy world.

The former president has promised a “special announcement” from Mar-a-Lago on Tuesday night for what is expected to be the launch of his 2024 presidential campaign.

The former president’s official foray back onto the campaign scene is widely expected to shift the tone in Washington on just about everything — from broader politics to nitty-gritty policies, including on energy and climate.

“He’s going to be a major presence in the dialogue,” said Neil Chatterjee, a former aide to Senate Minority Leader Mitch McConnell (R-Ky.) and former chair of the Federal Energy Regulatory Commission.

Trump’s influence in national politics has waned since he left the White House last year, although he’s remained far more politically engaged than other recent ex-presidents in the months after they left the West Wing as he stumped for candidates and publicly teased at another run for office. But his official declaration of a 2024 presidential campaign stands to make Trump even more prominent on the national stage as he fights to win his old job back.

A Trump campaign announcement gives the ex-president a bigger platform to pressure congressional Republicans on energy policy and to hammer the Biden administration on issues like gas prices and domestic energy production. It also serves as the opening salvo for the 2024 GOP primary field, prodding other Republican presidential hopefuls to weigh whether they want to run against him.

As the field takes shape, it will catalyze the Republican energy apparatus — including donors, staffers and lobbyists — to pick sides in what could be a brutal fight for the nomination.

While Trump is facing criticism for the GOP’s worse-than-expected performance in the midterms, Washington energy world insiders are abuzz about a possible 2024 presidential run by Florida Gov. Ron DeSantis. Trump immediately began publicly disparaging the Florida governor, who won his 2022 reelection bid by a nearly 20-point margin.

“The Republican Party right now is going to have a very long conversation, which will play out in the primaries, about the direction of the party,” said Tom Pyle, president of the Institute for Energy Research who oversaw Trump’s Energy Department transition team after the 2016 election.

‘Tired of the baggage and the drama’

Some former Trump officials and other Republicans are discussing whether DeSantis — or another Republican candidate — could offer similar policies on issues like energy and climate but without some of the drama they say Trump brought to the White House.

“There is a level of discipline you get with DeSantis, where your work isn’t completely thrown out the window due to unforced errors,” said a former Trump administration official who was granted anonymity to protect professional relationships.

One Republican energy lobbyist, who was also granted anonymity to wade into a possible primary battle, said of DeSantis, “There’s nobody else that people right now are talking about as potentially having enough juice to win a Trump-participated primary.”

The field of GOP primary challengers isn’t expected to have drastically different energy views from the former president, but some energy insiders think a different candidate might be able to deliver those policies more effectively.

“I don’t think [Trump’s] views on energy are all that different from mainstream Republican views on energy,” said Chatterjee, who clashed with Trump during his time as FERC chair (Energywire, Oct. 21).

Despite this week’s enthusiasm for DeSantis, some Republican insiders aren’t ready to ditch the former president.

“I think what happens is Republicans who either didn’t work well with Trump, weren’t on the inside circle with Trump or just don’t like his personal style are more than happy to say they want to move on,” said another former Trump administration official who was granted anonymity to protect professional relationships.

“I think he still excites the base,” that former official said. At diners and feed stores and supermarkets around the country, that person said, people are still talking about Trump.

Kicking off a 2-year presidential campaign

Republicans on Capitol Hill are talking about Trump, too.

The former president has proven himself to be a formidable force in convincing Republican lawmakers to follow his lead on policies, and he could wield significant influence over the GOP policy agenda as the 2024 presidential primary gets underway.

“It’s going to make it very difficult for anybody in Congress to do anything outside the bounds of what he will tolerate,” said Mike McKenna, a Republican energy lobbyist who served in the Trump White House.

Republicans remain likely to clinch the majority in the House, but Democrats maintained control of the Senate.

Trump is poised to become an even bigger thorn in the side of the Biden administration. Expect him to rail against Biden’s energy policies as he vies for the 2024 nomination.

At a campaign rally in Nevada in October, for example, Trump decried the high cost of gas, blaming Democrats for the prices. “Two years ago, everything was so good in our country, and now, it’s going to pieces. It’s falling apart,” he said, according to The Nevada Independent.

That could be a mixed bag for Biden, political insiders say. The current president would likely prefer not to be bombarded with questions about his predecessor, but Democrats also view Trump as a polarizing figure who can rally their base.

The 2024 presidential election remains a full two years out — an eternity in politics. Biden hasn’t even officially announced his own reelection campaign, although he says he plans to do so.

“We’re approaching the opening kickoff of what’s going to be a long game,” McKenna said.