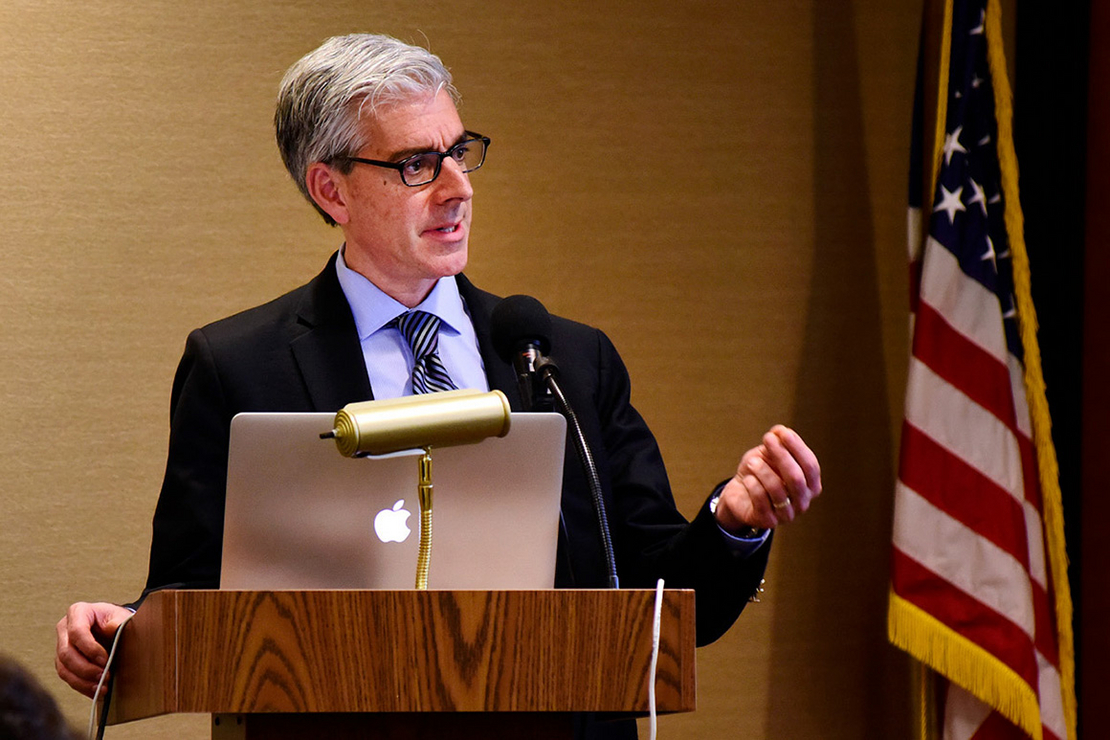 The federal government needs a tailor.

At least, that’s how John Balbus sees it. As the interim director of the first-ever Office of Climate Change and Health Equity at the Department of Health and Human Services, Balbus says the federal government already has many of the pieces it needs to help communities become more resilient to climate change. It also has what it needs to support communities that have been marginalized for too long and seen their health suffer as a result.

He just needs to stitch them together.

“There is no need to say, ‘OK, you are working on health equity, now come in this other room and work on climate change,’” he told E&E News last week. “The work is the same. It needs to be completely integrated and unified.”

After a summer in which heat waves, wildfires and hurricanes have underscored just how deadly climate change can be — especially among vulnerable populations — the need for a federal office focused on climate change and equity has perhaps never been greater, officials said.

“The West is burning, Louisiana is being pummeled, in one place it’s a deluge of water and in another place there is a lack of it — clearly these extremes are hurting our health, so we have to do everything we can,” HHS Secretary Xavier Becerra said at a press conference establishing the office two weeks ago.

The same populations living in climate-vulnerable places also are more likely to suffer from chronic health conditions that make them even more at risk when extreme weather happens.

Balbus himself is no stranger to these issues. He’s leading the office on detail from his post as a senior adviser for public health at the National Institute of Environmental Health Sciences and authored the Fourth National Climate Assessment’s chapter on human health impacts.

His former boss, Linda Birnbaum, who directed NIEHS for a decade, called Balbus’ work in the field “inspirational.”

“Climate change has always been his baby,” she said, adding that it is “very exciting that there is finally recognition at the department level that there needs to be attention looking at the human health effects of climate change.”

Two weeks into the job, and Balbus says he already has a “very big plate.”

Office priorities include everything from fostering innovation on climate adaptation and resilience in disadvantaged communities, to promoting training opportunities within the climate and health workforce, to partnering with nonprofit, private sector and community groups, and even assisting with regulatory efforts to reduce greenhouse gas emissions throughout the health care sector.

Already in the works is a collaboration with NOAA to ensure the agency’s seasonal forecast for health is “connected to response mechanisms,” which allows for local health systems to be prepared for extreme weather. The office is also partnering with the National Academy of Medicine, which recently started its own climate change and health initiative.

Balbus told E&E News that he plans for office staff to assist in ensuring that infrastructure investments made by the federal government will increase climate resilience and reduce health disparities. He noted that a lack of access to green space, adequate transportation and nutrition are all things that negatively impact the health of communities of color and make them more vulnerable to climate change impacts.

He also wants the office to focus on reducing emissions from the health sector itself — which is responsible for roughly 8.5 percent of the nation’s greenhouse gas emissions.

The federal government is a major health care provider in its own right, running hospitals through the Department of Veterans Affairs and the Indian Health Service. HHS is already tasked with reducing emissions from those facilities to meet President Biden’s goals of reducing federal greenhouse gas emissions.

HHS also holds considerable sway over private sector hospitals. Balbus and Becerra have indicated they would seriously consider proposals from climate-minded health policy wonks who have said the agency should leverage reimbursement policies at the Centers for Medicare & Medicaid Services to pressure hospitals to reduce their own emissions (Greenwire, Dec. 8, 2020).

“We will use every authority to its greatest advantage because it’s time to tackle climate change now. And if we think there is a way to do it and if we have the tools and authorities to do it, we will move,” Becerra said at a press conference last month.

Similarly, Balbus said the new office is coordinating with the Administration for Children and Families office to see how their Low Income Home Energy Assistance Program — which traditionally has focused on heating needs — could be used to provide more access to air conditioning for economically disadvantaged families (Greenwire, Aug. 23).

“That is an example of the kind of thing that we are looking to do,” he said.

‘Little engine that could’

While the Office of Climate Change and Health Equity has seemingly endless priorities, some fear it doesn’t have enough resources to get the job done.

The Biden administration has requested $3 million from Congress to fund the office, which would pay for roughly eight employees. As of now, many members of the office are like Balbus — on detail from other parts of HHS in order to fund their posts.

“It is a teeny-weeny budget for what needs to be done,” Birnbaum said.

“The amount of work they need to do to make HHS and our federal government ready for climate change is simply greater than what this tiny new office is capable of doing,” he said. “It should be doubled or quadrupled immediately and be given a budget commensurate with the tasks they are being given.”

That’s not lost on Becerra, who last month called the office “the little engine that could” and said that he hopes to see the office grow over time.

“This office will become a permanent fixture within HHS, and it will grow because the need, the challenges, are absolutely there,” he said.

Balbus added that he hoped to “supplement” that staff with fellows and interns — and that some fellowships with the office would be specifically offered to minorities to ensure the office “reflects the diversity of the people we are servicing.”

Maibach also wondered how much success the office could achieve, given that — according to surveys his Center for Climate Change Communication has conducted — “most people think of climate change as a penguin and polar bears problem.”

“They don’t understand that our skin is in the game, literally, in our own health,” he said.

But Kathy Baughman McLeod, director of the Adrienne Arsht-Rockefeller Foundation Resilience Center, said that sometimes having a small group of people dedicated to a cause can be enough.

Her organization has sponsored “heat officer” positions in cities around the globe, including Miami, under that philosophy (Greenwire, June 1).

“Having someone that wakes up every day to think about climate change, specifically for vulnerable people, it will have positive impacts on health,” she said. “These communities have not had a voice, and to put this eight-person team in the federal government, that is a big deal.”

Arsenio Mataka, senior adviser for climate change and health equity at HHS’s Office of the Assistant Secretary for Health, echoed that perspective.

He likened the new climate change office to his experience in California government, where he worked with Becerra at the California Department of Justice and served as the top environmental justice official at California’s EPA between 2011 and 2017.

“When I got to CalEPA the first thing on their mind wasn’t environmental justice — it was the traditional look at the environment and ‘don’t talk about race or poor people,’” he said. “It took an internal effort to move and shift that.”

Having an office within HHS dedicated to climate change and equity, he said, would have a similar effect on the health sector.

“You have to build the infrastructure inside government to address these issues,” he said. “And we are just getting started.”