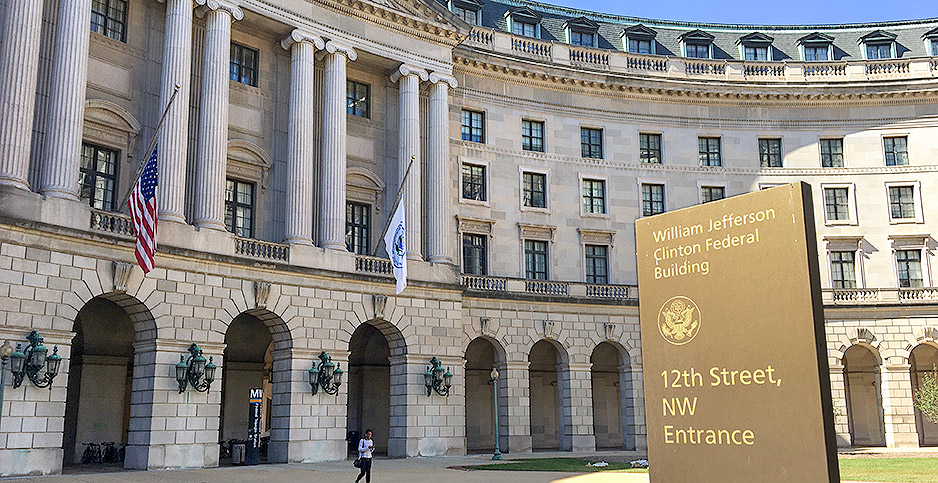 Even as they target the legal foundation for Obama-era regulations on power plant mercury emissions, EPA leaders have been firm on one point: The actual emissions limits on the toxic metal would stay in place.

There is "the very real possibility that EPA will withdraw MATS entirely, or at least significantly reform the rule to reduce its ongoing O&M [operations and maintenance] cost burden," Michael Nasi, a lawyer for Peabody Energy Corp., wrote in February testimony in a rate case before the Indiana Utility Regulatory Commission.

MATS is an abbreviation for Mercury and Air Toxics Standards, the formal name for the 2012 regulations. Neither Nasi nor Peabody spokeswomen replied to phone and email messages this week asking whether the company has received indications from EPA that a broader rollback is in the cards. EPA press aides also did not respond to a request for comment.

If nothing else, Nasi’s assertion underscores the haze of uncertainty enveloping the Trump administration’s decision to reopen one of the most far-reaching air rules in the agency’s history.

A leading utility trade group, for example, has seized on his testimony as evidence that its members’ ability to recoup the hefty sums spent on MATS compliance could be in peril. In the rate case, Peabody contends that Northern Indiana Public Service Co. (NIPSCO) "should not be allowed to continue to recover costs" from ratepayers for MATS pollution controls and their continued operation, the Edison Electric Institute said in comments filed last week on the EPA proposal.

Peabody is contesting NIPSCO’s plan to shutter two coal-fired power plants, in part by arguing that the company shouldn’t be permitted to assume that continued spending will be needed to meet the mercury standards and other federal environmental regulations.

Peabody’s gambit so far appears to be unique. There’s no assurance that the Fortune 500 firm will get its way. But such challenges could engender "expense and uncertainty" that would significantly harm EEI members "engaged in active regulatory proceedings," the institute said.

Its comments were among a flurry filed by an April 17 deadline for public feedback on the draft rule released just after Christmas. Under that proposal, EPA would revoke the legally required determination, first made almost 20 years ago, that it is "appropriate and necessary" to regulate releases of mercury, arsenic and other hazardous air pollutants from coal- and oil-fired plants.

The agency maintains the reversal is warranted because the costs of meeting the mercury standards "grossly outweigh" the quantifiable health savings directly tied to cuts in those pollutants. While the Obama administration’s analysis had also factored in billions of dollars’ worth of additional "co-benefits" stemming from expected reductions in airborne particulates, the new proposal deems that approach flawed.

Although EPA is also seeking comment on the option of scrapping MATS entirely, "we believe that every piece of mercury control equipment that is installed on a power plant today will remain under our proposal," then-acting Administrator Andrew Wheeler told lawmakers in January at his Senate confirmation hearing (E&E News PM, Jan. 16).

But if EPA revokes the underlying "appropriate and necessary" determination, critics predict a coal industry lawsuit seeking to scuttle the mercury standards altogether won’t be far behind. Fueling suspicions about EPA’s ultimate intentions is Wheeler’s prior work as a contract lobbyist for Murray Energy Corp., the Ohio-based coal giant.

Bob Murray, the company’s CEO and a fervent ally of President Trump, unsuccessfully pressed the administration in 2017 to suspend implementation of the mercury standards. Now, if the appropriate and necessary determination is scrapped, "EPA must rescind MATS," Murray wrote in his own comments on the proposal last week.

Murray Energy is already the lead plaintiff in litigation challenging EPA’s 2016 "supplemental finding" that reaffirmed the decision to regulate power plant mercury emissions after the Supreme Court faulted it for failing to consider compliance costs at the outset. Proceedings in that litigation are currently on hold; a Murray Energy spokesman failed to reply to an email this week asking whether the company intends to take direct aim at MATS if the rule’s legal basis is scrubbed.

Similarly arguing that the standards must go is the Competitive Enterprise Institute, a conservative think tank that also has administration ties. "Once EPA has finalized the proposal and rescinded the MATS rule’s statutory justification, it should rescind MATS itself or its standards," Senior Fsellow Marlo Lewis wrote last week.

But virtually all power producers are now in compliance with the mercury standards, at a price tag EEI pegs at $18 billion. The administration’s approach has sparked a backlash from an industry that has cheered other regulatory rollbacks.

In a letter last month, the institute, along with other electricity-sector trade groups and the U.S. Chamber of Commerce, effectively urged the agency to abandon its current plan and deal with cost and benefit issues in a separate proceeding (Greenwire, March 27).

But in his February testimony, Nasi argued that power producers should be on Peabody’s side. NIPSCO, for example, "ought to be encouraging EPA to repeal MATS," since the agency has sought input on that option. He also accused the industry of putting its financial self-interest ahead of ratepayers’ concerns in lobbying to keep the standards intact.

"It is inappropriate for regulated utilities to engage in this type of advocacy," Nasi said, "while seeking to justify [plant] retirement decisions based on costs they could avoid but for that advocacy."