Hospitals take on healing the planet 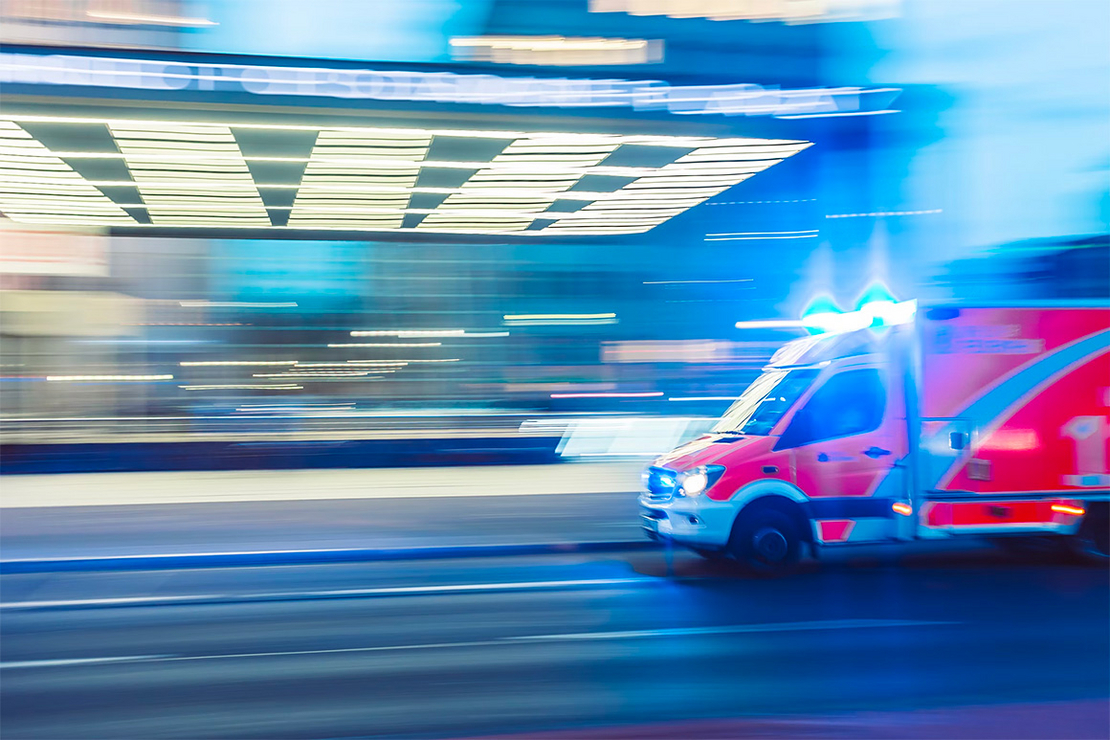 Hospitals across the country worried about the impacts of climate change on health are taking on a new patient: Mother Earth.

The U.S. health care sector is responsible for 8.5 percent of the nation’s greenhouse gas emissions, and some industry leaders say that just as doctors take the Hippocratic oath to “do no harm” to human patients, they should do the same for the planet.

“We need a healthy planet for healthy people,” said Michael Bigelow, who manages sustainability for the Seattle Children’s Hospital.

That hospital has a goal of being carbon neutral by 2025 and has already reduced its energy consumption by 7 percent from 2017 through efficiency measures. It’s also tackling another major source of greenhouse gas emissions: anesthesia.

The major anesthetic gases used to put patients under in the operating room are all greenhouse gases more potent than carbon dioxide. But one gas in particular, called desflurane, has more than 3,714 times the global warming potential of carbon dioxide. It also lasts 14 years in the atmosphere (Greenwire, Sept. 15, 2021).

Hospitals don’t typically have scrubbers or other control systems to clean or prevent anesthetic gas emissions, but switching away from desflurane to other anesthetic gases that are just as effective at keeping patients asleep during surgery can reduce emissions. As of this year, Seattle Children’s has completely stopped its use of desflurane.

The hospital also has a separate goal of reducing the number of employees who drive to work by themselves to 30 percent by 2030, with hospital administration covering the cost of public transportation for employees and making sure the hospital campus is bike friendly with secure places to lock up bicycles.

For Bigelow, the emissions reductions are just another way for the hospital to achieve its mission of providing “hope, care and cures” to kids.

“Climate change will impact children the most, especially anyone with asthma, anyone with skin conditions, they will have more impacts to their daily life from higher temperatures and wildfire smoke, so we need to make sure we are doing our part to mitigate that,” he said.

Boston Medical Center, the largest safety-net hospital in New England, also sees its climate work as core to its mission caring for patients regardless of their insurance status or ability to pay.

The hospital had already made a point of trying to prevent patient illnesses years ago when it established a food pantry where doctors can write prescriptions for patients to take fresh fruits and vegetables home with them in an effort to prevent diseases associated with malnutrition.

Today, that food pantry, as well as the hospital cafeteria and inpatient meals, is supplied by a 2,658-square-foot rooftop farm atop one of BMC’s buildings, which grows more than 5,000 pounds of vegetables and leafy greens each year.

The farm also helps lower the ambient temperature surrounding and within the building, which, in turn reduces energy costs.

“It gets back to wanting to take care of the community,” BMC Senior Vice President for Facilities and Support Services Bob Biggio said. “We want to proactively keep the community here healthy, and improving the environment is part of that mission.”

The hospital also has a co-generation power plant on its roof powered by natural gas. The plant is 35 percent more efficient than taking power off the local electric grid, Biggio said, and it is able to use its waste heat to heat the hospital buildings and can also be used to keep hospital facilities online if local utilities lose power.

Though BMC hasn’t quite reached its goal of carbon neutrality by 2020, Biggio says the hospital is “96 percent” of the way there, and is determined to meet the goal through real reductions, rather than purchasing offsets. But BMC has stayed true to the mission even as its facilities grow — the hospital is currently building what will be the first net-zero emissions inpatient psychiatric hospital unit in the United States.

“That project is the crossroads of another crisis in our community of substance abuse and behavioral health,” Biggio said.

BMC is one of two dozen members of the health care industry that were honored at a White House roundtable discussion last month with White House climate adviser Gina McCarthy and officials with the Department of Health and Human Services (Greenwire, June 30).

Some 61 industry members signed on, including not just hospitals and health centers but also pharmaceutical companies like Covid-19 vaccine manufacturer Pfizer Inc., which expects to become carbon neutral for all of its global operations by 2040. The company says as of 2023 all of its North American operations will be powered by 100 percent renewable energy, and it has encouraged the U.S. government and others abroad to establish ambitious climate policies.

“All of these providers understand the complexity of the issue,” Public Health Service Adm. Rachel Levine told E&E News in an interview.

She called the administration’s climate pledge “the first step,” noting that HHS’ Office of Climate Change and Health Equity will be providing technical assistance to those in the health care industry who are interested in reducing their greenhouse gas emissions but may have questions about how to go about it.

“I believe in positive reinforcement,” she said. “As a pediatrician, that’s what I would teach parents.”

Some of the nation’s largest health systems are also stepping up, like Kaiser Permanente.

The company operates 39 hospitals and more than 700 medical offices and became the nations’ first carbon neutral health care system in 2020. Now, Kaiser Permanente is working toward reaching net-zero emissions by 2050.

Having already reduced the greenhouse gas emissions produced by Kaiser properties directly, Executive Director of Environmental Stewardship Seema Wadhwa is now focused on reducing its “Scope 3 emissions,” like emissions from the supply chain that Kaiser doesn’t have direct control over but does impact.

The system has found some unexpected solutions.

The seemingly insignificant change actually comes with big climate impacts. The supplier can now transport as many wipes in one truckload as it had previously carried in six or seven.

“These are small things, but then you start to think at the scale of a large organization and it adds up,” Wadhwa said.

Wadhwa said the effort was worth it because of how it contributes to Kaiser’s overall mission.

“You have to understand the ‘why’ of this work,” she said. “We understand how much our environment contributes to our health, and that’s very closely related to the core mission of who we are as a health system.”

Ali Santore, chief advocacy officer at Providence St. Joseph Health a nonprofit Catholic hospital system servicing the Pacific Northwest, agreed. She said the system’s dedication to reducing its impact on climate change all comes down to its Catholic roots.

“The health of our population and of our economy with the ability to have a healthy workforce, all of that is connected to our foundational respect for God’s creation, which is Earth,” she said.

To reach its goal of being “climate negative” by 2030, it has linked the mission to executive compensation for everyone who is a vice president or higher within the organization. System executives won’t get annual bonuses if climate goals aren’t met, a big deal for a nonprofit healthcare system where bonuses help keep salaries competitive.

Providence has also set up a “green revolving fund” so that savings from energy efficiency projects can be used on more expensive efforts to lower emissions.

Climate action is closely tied to health equity, something Providence is also working on. The health system has been able to use its medical records system to identify which of its patients are most at risk from extreme weather, like heat waves, and has provided transportation to cooling centers or air conditioners for patients in need.

Santore noted that Providence’s operations themselves aren’t immune to the impacts of climate change, either. During the heat dome last summer, the health system had to shut down an operating room in one of its Seattle hospitals when high temperatures broke a chiller and sent “condensation dripping down the walls.”

Providence and Kaiser Permanente may be ahead of the curve on climate action in health care, but smaller systems are also starting to become interested in doing their part to reduce emissions.

“It fits right into our mission,” she said.

The company didn’t sign onto the president’s climate pledge but did sign onto another one from the advocacy group Health Care Without Harm that allows it to craft its own reduction goals.

The first step in doing that is to get a sense of the system’s baseline emissions. That work has shown Hansen just how important energy efficiency can be toward reducing Allina’s emissions — and saving money.

Between 2014 and 2020, the hospital system saved roughly $1 million annually just on energy efficiency rebate programs with utilities. Now, the system has begun installing LED lightbulbs in hospital stairwells and other common areas. The system received a $312,000 grant for the initiative, which will save it more than $700,000 over the life of the project and reduce energy use up to 80 percent.

“There’s a lot of energy and money to be saved,” Hansen said. “People often think that sustainability work always costs you lots of money, and the money only goes out, but the sweet spot is where things save you money and the environment.”

Hansen used to work as a sustainability officer in higher education before joining Allina just a few years ago. She said that while the health care sector may be behind other industries in thinking about how to reduce its emissions, she has been pleasantly surprised by the level of buy-in she has seen from all levels of the health system.

“In health care, the whole field is about healing people, so when your work can do that, even if it’s by doing things you don’t normally think of, people want to do it,” she said.

Correction: The story has been updated to correct the spelling of Seema Wadhwa’s name.